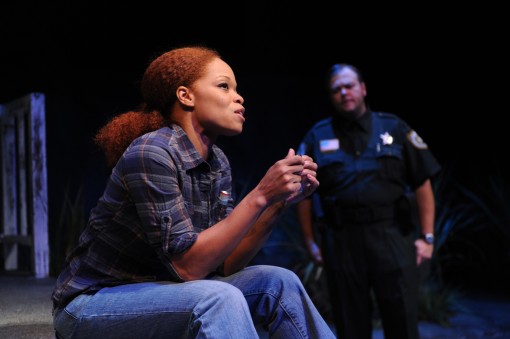 The sparks fly when a Virginia playwright and a New York director discuss the unlikely topic of 1920s U.S. water policies, which created today’s threat of a water shortage, and served as inspiration for their new drama set in Florida.

‘A couple of Aprils ago, there was only twenty-one days of water left here,’ playwright Andrew Rosendorf said of the impetus for Florida Stage commissioning him to write Cane, which has its world premiere Friday night.

Director Louis Tyrrell told the same story, ending with ‘We were that close to turning on the tap and there being’.’ His fingers opened wide, indicating nothingness.

But audiences should not fear a preachy environmental diatribe or historical tract, Tyrrell said. ‘Andrew has written a page turner. It’s a feast both of epic and very personal proportions.’

With raging human emotions, a scene requiring a fight choreographer and a recreation of the 1928 hurricane blowing through the theater, ‘people are going to want to strap themselves in. This is going to be a ride,’ he said.

Patrons should feel a buzz the moment they see Richard Crowell’s set, which features a long slope of water rutted soil stretching from a green bean crop at the back of the stage and jutting deep into the auditorium at the Rinker Playhouse at the Kravis Center.

With the drama staged all over the thrust area, staffers believe that patrons will not feel as far away from the action as they did at Low Down Dirty Blues, the summer show that confined most of the performances to the back wall of the stage.

The play is set in the agricultural community of Belle Glade on the eastern shore of Lake Okeechobee. The first act occurs in 1928 just before the infamous hurricane, and the second act is set in the present day, focusing some of the descendants of the characters featured in the first act.

The theater describes the plot as, ‘The past and the present are deeply connected in this story of betrayal and bloodshed, water and wind, family and fortune.’

But the drama is rooted in the ultimate irony of conservation. In 1928, the broad expanse of ‘too much’ water over potential farmland made it a wasteland in the eyes of the residents, said Rosendorf. In those days of Teddy Roosevelt, conservation meant finding how to best use the land ‘ diking it and turning wetlands into farmland.

But in the present, there is too little water, threatening to turn the area into a wasteland of a different definition.

‘The irony is we were covered with water, then we pushed it away and now we’re desperate,’ said Rosendorf. He said the play is a lesson in man’s false sense of ownership. ”I own a house; I own a bit of land, but I don’t really own it. We are here a short bit of time and Nature will eventually reclaim what we won.’ 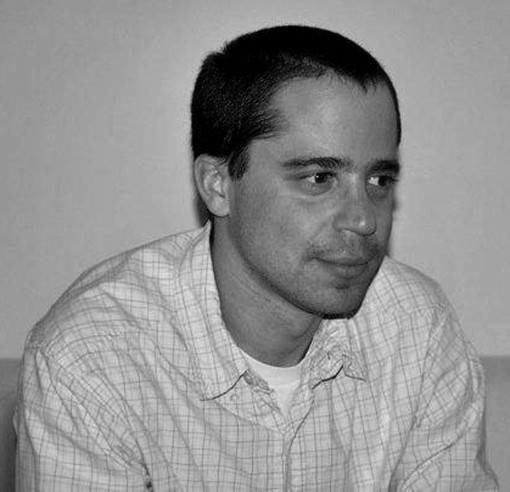 Although this is the 29-year-old playwright’s fifth ‘good’ play, he says, Cane is his first produced full-length professional work ‘ the culmination of a long journey enabled by Florida Stage’s commitment to developing new works.

Rosendorf graduated from the College of William and Mary with the dream of becoming a playwright but not believing he was ready for it or for grad school. He Googled ‘new plays’ and found Florida Stage’s internship program. He spent the 2003-2004 season there as a literary/education intern, soaking up everything he could learn from the staff and visiting playwrights.

After graduating from the New School’s master’s program three years later, he served in the 2008-2009 season at Florida Stage as part of the National New Play Network’s Emerging Playwright in Residence program. That program expired during the summer, but Tyrrell invited him to stay on another year as its Playwright in Residence.

It is a dream situation for someone whose peers work day jobs and write at night. ‘I don’t have to have another job. My job is to be a playwright. ‘Florida Stage has put a tremendous amount of artistic and financial support in me,’ he said.

But the commission in August of 2009 put Rosendorf in the unfamiliar position of having to start with a topic rather than starting with a conflict, characters or situation that had been gestating for a number of years. In earlier plays, he researched facts to fill a specific need for each play. Now, the visiting Yankee had to immerse himself in the fabric of Florida first, through books, interviews and road trips to the sites he was writing about. ‘The first thing I had to do was learn’ and then find my way into the play.’

In the 1920s, farmers wanted to use the submerged but fertile land in the eastern side of Lake Okeechobee. Using mud and muck dredged from the lake bottom, they built canals to drain water away and constructed a fragile dike to hold back the water. But the mud liquefied over time and dike was weak. In 1926, a hurricane, busted portions of the dike and the flood killed 400 people.

But no one would invest in a stronger dike and it was merely patched up. The first part of the play is set in 1928, just before the infamous second monster hurricane struck, ripping the dike apart and drowning 2,500 people. The fatal storm provides the set piece near the end of the first act. Then President Herbert Hoover pushed for the dikes that are still in place today.

Rosendorf labored not to drown the play in historical detail, but to weave it into a human drama. ‘The last thing I want to do is put two talking heads on stage,’ he said.

The playwriting has been a long process encompassing multiple drafts and revisions, punctuated with advice from at least three dramaturges and lessons learned from readings and workshops. The tweaking was never-ending. ‘Even in rehearsal, I added a scene to Act 2 that occurred offstage.’

Cane is the first entry in what the theater has envisioned as The Florida Cycle ‘ pieces commissioned or existing new works sought out over the coming years, collated into a body of theater celebrating the unique culture and history of Florida.

The idea is championed by Tyrrell, who came to the state as an actor in 1974 and has lived here ever since. As a New Yorker, ‘It gave me a really interesting and fairly broad view of where Florida was,’ he said.

Since then, ‘I’ve come to appreciate Florida for all its rich and diverse elements, its history from a Wild West kind of place to a place of reinvention and its international qualities being at the southeast end of the United States. Florida is a place of extremes, be it weather or personalities, the eccentricities, the kind of crimes that occur here.’

Cane certainly qualified, he said. ‘This is carved out of the muck.’

An obvious question is whether the play will interest theatergoers outside Florida. Rosendorf hopes any audience can relate to the human drama.

‘If I’ve done my job right, it’s a play that is universal but just happens to happen in Belle Glade.’