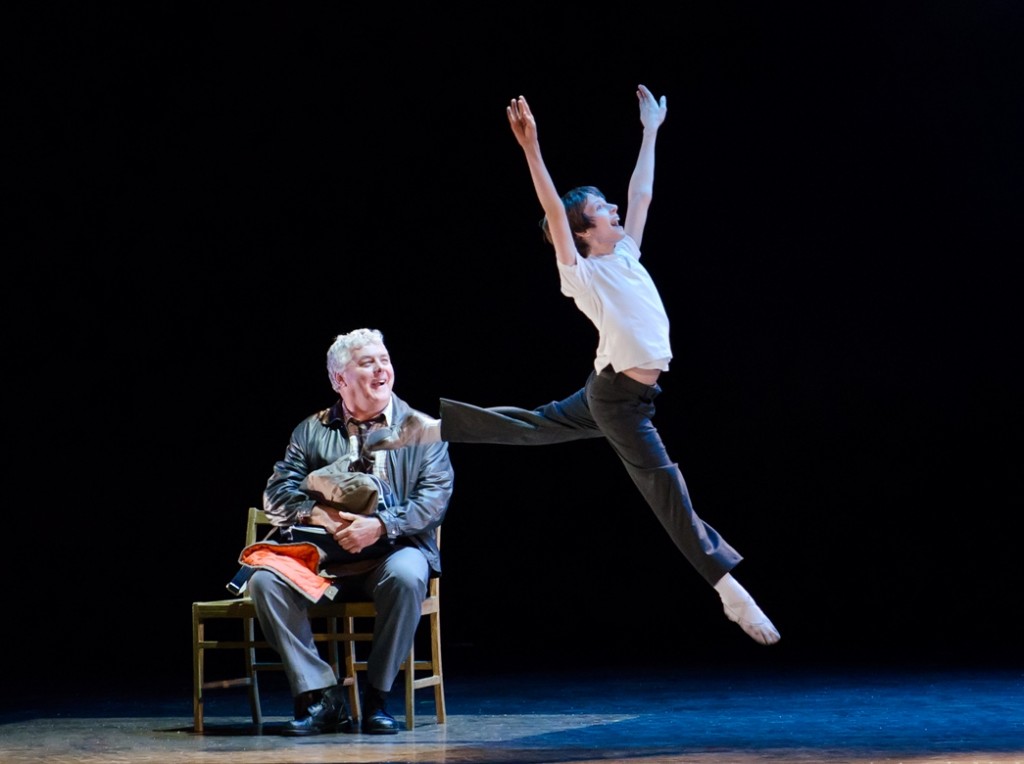 One of several Billy Elliots soar across the stage

Initially, it’s impossible to ignore that 15-year-old actor J.P. Viernes leaping and soaring through the musical Billy Elliot is not a typical youngster in a downtrodden unsophisticated mining village in northeast England in the 1980s.

John Peter Viernes, with a broad grin and flashing eyes, is inescapably a Filipino-American with caramel-colored skin and half-moon eyes. But by all accounts, his infectious charisma, joyous dancing and sheer acting skills successfully banish most audience members’ resistance to the color-blind casting within a few minutes.

“It’s suspension of disbelief and I think they just go along with it,” the San Franciscan said on a rare day off in Orlando before the show moves to the Broward Center of the Performing Arts. 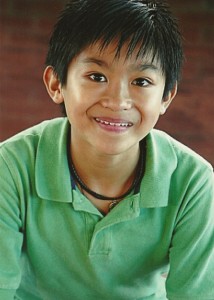 “I’ve read a couple of reviews that say it’s a weird that an Asian is playing” a British boy, “ but most people who have interacted with me outside the stage door, they don’t even mention it,” he said.

“For me, I don’t take into account my ethnicity. I just go into the character. I just put myself into part.”

The hardest part, as an American, not as a Filipino-American, is mimicking the unique northern English accent. “The dialect is really, really hard. It took me almost three months to get it down and I’m still improving it.”

The 2005 musical based on the 2000 film dismissed ethnicity from its casting decisions early on and several editions have had Billys with Asian, Latino and African roots.

Spokesmen for the show have been quoted as saying that the role is so challenging that the first consideration in casting has to be ability. Furthermore, the nature of theatricality relies on the audience’s willingness to get lost in the story. As director Stephen Daldry told a reporter years ago, how realistic is to have tap-dancing miners?

Not that Viernes shies away from his ethnicity. “As a Filipino-American, I’m so proud to represent our race.” He meets fans of Asian descent after the show and he is jazzed that they seem “really proud of me and really excited.”

Viernes, who is one of four rotating Billys on the road tour, has a comparatively long history with the show. Already an experienced dancer at age 10, Viernes began auditions and training in various cities that lasted from March 2007 until he stepped out in front of audiences in November 2009.

He took over the lead role in the Chicago resident production for nearly a year, then spent six months in the Toronto sit-down production, and has been on the road since last summer, clocking about 150 performances.

He loves performing in an acclaimed show to standing ovations. But it’s grueling as well, even though he only performs the role twice a week.

“The show is pretty hard and some people might not see that. There are like seven or eight dances in the shows and they’re pretty long.”

Besides, all of the Billys are always on standby at every performance, there are endless brush-up rehearsals, plus mornings spent with tutors, and, of course, travel days. “Our only real day off is the day after our shows (when they perform) and definitely Monday,” he said a few hours before planning to visit an Orlando theme park.

And while he travels with his mother and an older sister who dances in the ensemble, he misses the rest of his family back in California.

“So sometimes my brother and my dad will come visit. But I miss my dog and I really just miss my friends. I really haven’t seen them in a while. But the tour is pretty exciting, so it keeps your mind off it.”

He also gets breaks for a return to the real world. “I had one month just to check-in back home and get a little taste of school again.”

“Sometimes I’m so tired after two years,” he said, but the rewards far outweigh any fatigue.  “The thing that keeps me going is this amazing show, the experience of doing it, and the different audience reactions keep me paying attention. In live theater, anything can happen. That keeps me on my toes. And the touring experience itself keeps me motivated. I’m always excited to see the next city.”

He does look ahead.  His contract runs out at the end of the year. If his voice changes or he grows too big or some other problem occurs, he could be out even earlier.

He’ll miss it, but he doesn’t plan to dive back into another show immediately.

“I’ll be 16 years old. I want to go back to school and then college and see where I go with that.  I need something to fall back on.”

This entry was posted in Features and tagged Billy Elliot, Broadway Across America, JP Viernes. Bookmark the permalink.