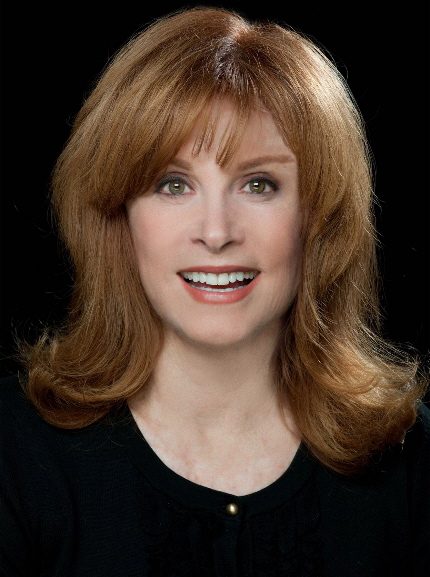 Stefanie Powers has her work cut out for her next week.

Not only is she stepping in as the emergency replacement for the lead part in a play in which she has 80 percent of the lines, not only is she doing it with less than two weeks’ rehearsal, not only is she playing a part she saw a close friend make an indelible impression on, but it’s the re-creation of an iconic celebrity she personally knew.

“It’s a mouthful,” Powers said in a telephone interview earlier this month, one day into rehearsals for Looped, the slightly fictionalized account of Tallulah Bankhead’s comic and tragic – and substance abuse affected — attempt to dub one line of dialogue for her last movie a few years before she died.

The play by part-time Fort Lauderdale resident Matthew Lombardo plays at the Parker Playhouse on Tuesday through Sunday.

Local theatergoers may remember the play being performed at Cuillo Theatre in West Palm Beach in 2009 in a pre-Broadway tryout starring Powers’ friend, Valerie Harper.

Harper, who has publically acknowledged a battle with lung cancer, was planning to launch a second national tour this year. But she took ill just before rehearsals began as she was doing publicity for her autobiography, I, Rhoda.

“It all happened very, very quickly and I’ve got a lot to learn in a short amount of time,” Powers said in a calm, smooth voice that could not hide just a bit of frantic nervousness. 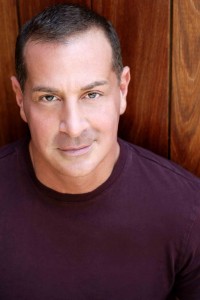 One day after the play closes in Fort Lauderdale, the production opens in Baltimore, then moves to Boston  and Lombardo’s home town of Hartford, all of them houses even larger than the Parker.

Lombardo is jazzed by what he’s seen Powers create. “She’s fantastic. She has nothing to be nervous about. She has the voice of Tallulah down. She has the subtleties. She knows Tallulah. She looks like Tallulah, very thin and with a beautiful figure. We’re in very good hands.

“This is a bittersweet time for us, to lose Val. But we got a gift” in Powers, said Lombardo who has previously chronicled the life of Katharine Hepburn in Tea At Five and penned High which played the Parker last year with Kathleen Turner.

Powers does have one edge on anyone else taking over the part. She was Bankhead’s co-star in that 1965 British horror film, which was renamed in the United States as Die! Die! My Darling.

“So I was rather personally attached to this,” she said.
Powers well remembers the stage and screen icon who had, by this time, been the poster girl for a hedonistic lifestyle, cutting a wide swath through the gossip columns and on television talk shows. Asked for memories of Bankhead, Powers – already running behind in a battery of interviews – said, “Oh, darling, we don’t have enough time. We had a lot of experiences working together and then on post-production. And I remained friendly with Tallulah and saw her every time I was in New York.”

That doesn’t mean Powers got close enough to see inside the persona.

“I think there’s very much a fine line between the person she created and who she was; I don’t think anyone knew who the real person was, least of all Tallulah. She had created this person that she became. And for better or for worse, that’s who she was and she maintained that even in her most private moments.”

Powers also saw Harper’s performance in Looped, adding another layer of difficulty to make the role her own. But she said she’s not worried about playing someone that many in the audience recall seeing on stage or on screen, or taking on a part that another actress created.

“Shakespeare has been done by thousands of people. It’s not that so much as it is that we only have less than two weeks’ rehearsal. The challenge for all actors who are playing personalities that were known or iconic in one way or another. Whether it’s Daniel Day-Lewis or me, we don’t want to make a parody of it; we want to find the truth of the person.”

Lombardo assured people who saw Harper’s performance that this is a different performance, not to mention his habit of forever rewriting scripts.

“It’s a very different Tallulah than Val’s. Val’s was more crafted and muscular where Stefanie’s is more organic. I think that comes from her having a personal relationship (with Tallulah). She understands her inherently. There are certain things Tallulah does that only I know from having studied her and listened to tapes (of the looping session) and that Stefanie knows. She gets those subtleties.”

For instance, he said, “Stefanie has a very lovely soft articulate speaking voice, but she when she does Tallulah she has this sound…”  he mimics a sandpapery chortle. “…that’s like a gurgling bellow.”

Powers’ easy conversation about the process of acting results from a lengthy run in film, television and stage. Now 70 (four years older than Bankhead when she died), Powers’ career began as a film ingénue at Columbia Pictures in the last gasps of the studio star system in the early to mid 1960s. She spent one season as  superspy April Dancer in the spoofy spinoff, The Girl From U.N.C.L.E. in 1966. Her lasting fame comes from five seasons and several TV movies as half of the married detective team on Hart to Hart with Robert Wagner.

Through much of her life, she has acted in straight plays and musicals here and in Britain, as well as written screenplays and performed a cabaret act at Feinstein in New York City.

On a separate track of her life, Powers is known for her work with animal preservation and protection, including serving as founder and president of the William Holden Wildlife Foundation to continue her long-time partner’s conservation work in East Africa after his death.

But for now, her attention is fixed on trying to create Tallulah, an out-of-control force of nature bearing little resemblance to Powers.

2 Responses to Stefanie Powers Hopes To Channel Tallulah in Looped