Stop The Presses — Interview With A Veteran “Newsie” 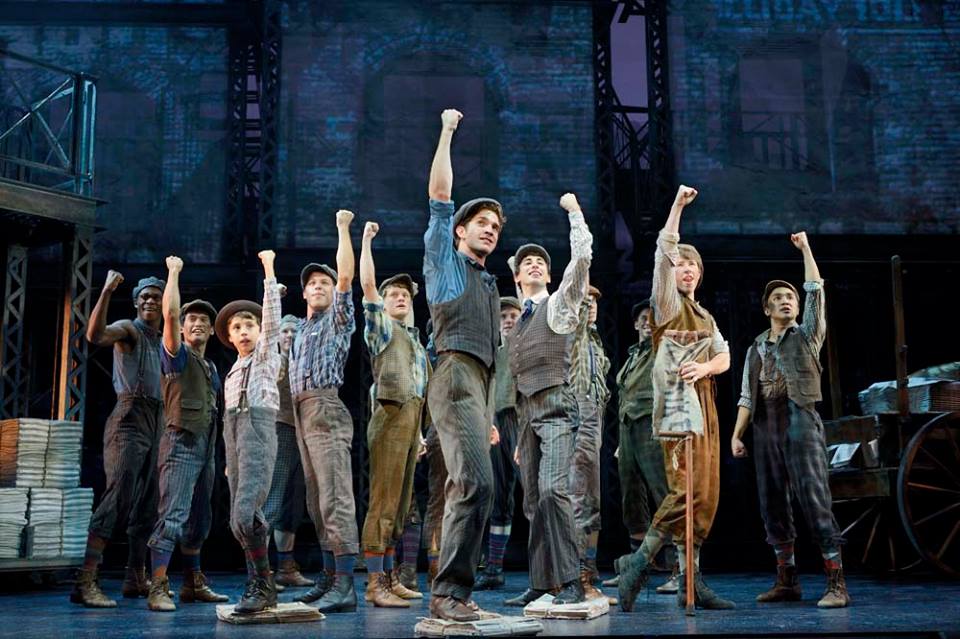 By Keren Moros
Special to Florida Theater On Stage

Just because something isn’t a success at first, it doesn’t mean it can’t be a success later. Take Disney’s Newsies, a success story more than 20 years in the making.

Newsies opened in theaters in 1992 to dismal box office performance and scathing reviews. But a fan base was born, growing steadily until Disney noticed and decided to revamp the film as a Broadway musical.

The musical opened in 2012 to critical acclaim, winning two Tony Awards out of eight nominations. With rousing music by Alan Menken, who wrote music for Disney’s Aladdin and Beauty and the Beast, and lyrics by Jack Feldman, Newsies tells the story of Jack Kelly, a charismatic newsboy trying to make a living in New York City at the turn of the century. When the newspaper giants decide to raise their prices, New York’s newsboys, nicknamed “newsies” become restless and worried. Torn between his wish to start a new life in Sante Fe and his compassion for his fellow newsies, Jack becomes the leader of the newsies strike, changing his life forever. 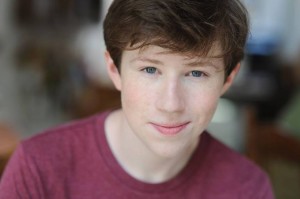 The national tour of the show played last year at the Adrienne Arsht Center and will head to the Broward Center for the Performing Arts Nov. 17-28. During that previous visit to Florida, Zachary Sayle, who plays Crutchie, spoke about his character, the show and its fans.

How did you start out in show business?

I grew up in a fairly artsy family. My dad was a music teacher, and he has a degree in vocal performance, and my mom is a ballet dancer and danced in New York when she was younger and now owns a ballet studio. So, the arts were always kind of always around when I was growing up; it was always a part of my life. I started doing regional theater in my hometown of Birmingham, Alabama, and I just kind of got bitten by the bug. The first thing I ever did was a production of Scrooge: The Musical, a community production. I was Tiny Tim, and I fell in love with it. I started to do more and more regional stuff and then I wanted to move on to bigger things. I did my first New York audition and I happened to book that one, so I toured with The Sound of Music in Asia for about nine months. After that I came back to New York and I knew that this was what I wanted to do, so I just kept auditioning and kept doing shows and tours and I’ve been doing it ever since.”

What can you tell me about your character Crutchie?

Crutchie is one of the younger newsboys. He is the best friend of Jack Kelly, who is the leading man in the story and he’s kind of a like his sidekick. They call him ‘Crutchie’ because his right leg is bad, so he has to use a crutch to walk. He’s kind of been dealt a pretty bad hand in life and he’s homeless. He doesn’t have a family and he’s crippled, so his circumstance isn’t the greatest. But even through all that, he still has such a positive energy and spirit and I think that’s what makes him really special, and he’s such a fun character to play because he never lets himself get beaten down. Even when he’s in a really tough spot in the play, he stays so uplifted and, even though he’s been kind of tossed around and thrown to the street, he still keeps his head up, which is awesome.

How did you prepare for your role?

The hardest thing to prepare was, obviously, physically because you have to prepare to play the cripple, so it takes a lot of stretching. In rehearsals, I had to make sure I was training the right parts of my body and I had to work with the crutch a lot. The first two months I was working with it, really strange parts of my body would get sore — only half would be sore. So I had to make sure when I was working out that I was evening everything out. The biggest challenge and the biggest thing I had to prepare for was the physical aspect of it and just making sure I stay healthy and that my body stays healthy while I’m playing this person who has an unhealthy physical body.

The show’s choreography has lots of jumps and leaps. How much of that do you get to do because your character is disabled?

I don’t really do any of the jumps or leaps or anything like that. I do a little bit here and there. I definitely don’t do any of the same choreography because the character wouldn’t be able to. But he’s present for all that and he’s around and he’s just part of the group.

What would you say you and Crutchie have in common?

It’s hard when you’re playing a character that has so many burdens. I’m not a cripple, I’m not homeless, and I have a family. But I think I can just connect with the fact that he’s such a positive energy. I think that’s really important when you’re a performer: you have to be able to connect with the energy and I really do. I totally understand where he comes from in every scene. The best gift an actor can ask for is to be able to understand their character, and I do.

The movie and the show have really dedicated fans called “fansies.” Have you had any experiences with those fans or special moments?

Of course. The fansies are so, so great and they are so attached to the show. They’ll come to the stage door and they are so nice. It’s really ironic because they’re so thankful to us for doing the show and performing it, but, really, we should be the ones who are thankful for them because without them, we wouldn’t be able to do it. And, without their support, the show wouldn’t have taken off like it has. They’ll make gifts and write us letters. It’s such an active fan base, which is really cool and fun as a performer to be able to have that because it keeps you going because you know there’s always someone out there in the audience who is super passionate about the show and is so excited to see you do it. And that really helps when you’re tired and you’re sore and you’re maybe not in the best mood, but you just have to keep in mind that there’s probably a fansie out there who has waited for months and months on end to be at this show and that gives everyone the confidence that they need to do the show. It’s really great to have such a wonderful fan base.

How is Newsies different from other Disney musicals?

I think the difference is that it tells a very real story. This is based on a true event. It’s not really geared toward kids. I think there’s really something for everyone in the show because it is a true story and this thing really did happen. These kids really did do this. And I think that’s what so cool and powerful about the show.

Are there any differences between the tour version and the Broadway version?

The biggest is the addition of the new song in act two for Crutchie. Other than that, there’s some slight variations in the choreography and some lyric and script changes, but they’re all very minor — nothing that is really noticeable or that affects the plotline. The set’s the same. The music’s the same.

What does Crutchie go through in the song?

Basically, the song comes about halfway through act two. At the end of the act one, something happens to Crutchie and he gets taken away. In the Broadway version, he doesn’t come back until the very end, but with the new song, the audience gets to revisit with him during act two and see what he’s going through.

Did you know that Crutchie had a song when you auditioned or did you find out later?

I didn’t know until the first day of rehearsal. It was a wonderful first-day-of-rehearsal surprise. It was a great. I had a lot of fun getting to work on it and watching it grow and develop has been a great experience.

What do you think is the message that the show has for the audience?

The story is about a bunch of kids who get wronged and instead of letting it go by and dealing with it, they stand up for what they believe in and they strike. I think that’s the biggest meaning in the show: stand up for what you believe in and don’t let yourself get wronged, and, if you do, you need to stand up for yourself and fight for what’s right. Otherwise, people are just going to be able to push you around. But even if you’re small, there’s power in numbers. There’s hundreds and hundreds of these newsboys who get together to stand up for themselves, and that’s a really important thing that I think it’s going to teach young people.

Why do you think people should go watch Newsies?

To read our review of the show at the Arsht in February, click here.

This entry was posted in Features and tagged Broadway Across Fort Lauderdale, Broward Center for the Performing Arts, Newsies. Bookmark the permalink.