The Top Second Banana Of Opera Comes To Palm Beach 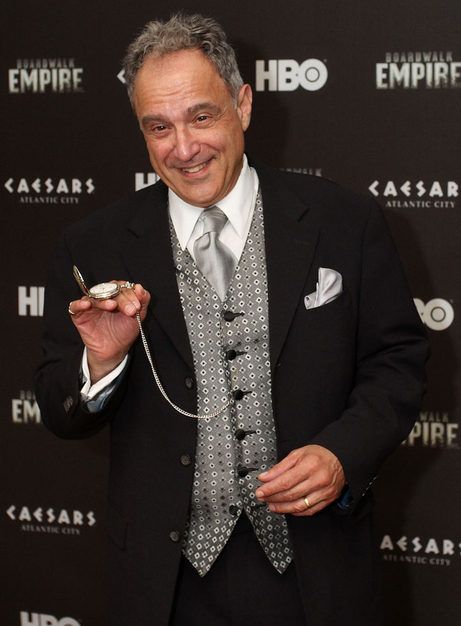 With humor, but pride as well, tenor Anthony Laciura refers to many of his roles in a half-century as a professional opera singer as the “second banana.”

More formally known as “the comprimario,” another such role is bringing him out of retirement as an opera performer when he appears March 18-20 in the Palm Beach Opera season closer, Richard Strauss’ Ariadne auf Naxos.

Laciura, playing the Major-Domo at the Kravis Center, has forged a long career of comprimario roles around the country including 860 performances in 59 roles at the Metropolitan Opera in New York.

“This is the art form I chose,” he said with an infectious laugh. “Some call him the character tenor, some the second banana. He’s the servant. The clown. But it’s a very important role because those groups of people carry the plot along. They make sure things are happening. Where would Madama Butterfly be without Goro the marriage broker?”

Now in his mid-60s, Laciura stepped away from regular opera performance in 2008 and cultivated a second career as an opera director and vocal coach, and a third career as a television actor – notably appearing in 48 episodes of HBO’s Boardwalk Empire as Nucky Thompson’s intensely loyal butler, Eddie Kessler.

But his manager got a call recently asking if he wanted to do the speaking-only part that occurs in the first act of Ariadne auf Naxos. The Strauss opera sung in German with English supertitles, is quirky, told in this iteration in two distinct parts. In the first half, the story begins backstage as an opera group and a comedy troupe learn that they must take the stage together. In the second half, the audience sees the opera-within-an-opera – a classic take on a Greek myth — as the two wildly different groups perform together.

“Very funny and pompous role,” he said from his home in New Jersey where he teaches singing.

He, of course, reveres opera as a high art form, but he thinks it is hardly elitist. “Americans still feel it is sort of art for for the wealthy or snobs, but, of course, it isn’t.”

But he does balk at productions that pander to modern sensibilities. “The brilliance of the Met was it was a museum you went to (to) see how the opera was meant to be performed according to the composer.”

As he got older, his voice remained strong but the stamina of the opera schedules began to wear at him a bit, so he morphed into a director. His expertise was informed by his long experience as a comprimario: “When you do so much character work, you learn everyone’s part and you get to work with some of greatest directors in the world.”

He missed singing full-time, but he began appearing in plays and small films. “I loved being in front of that camera!” he said.

Joy animates his voice when he speaks of the Boardwalk Empire gig. The casting director contacted the Met looking for someone bigger-than-life to play the outsized gangster Big Jim Colismo. But when Laciura came in, his 5 foot 7 frame didn’t match. So he pursued the role of Kessler, a German immigrant.

When he showed up to auditioned, Laciura walked in the door instantly affecting the halting speech of a German émigré still learning English, dressed in a three-piece suit with a stickpin and a gold watch, just as Kessler would have done.

Imitating the accent, Laciura repeated his stuttering approach to the casting people, “I’m a bit nervous. This is first time I’ve auditioned…. They asked, Wat part of Germany are you from?’ and I said, (in his normal voice) the South Bronx.”

He loved working with such names as Martin Scorsese, Terrence Winter and the actor playing his boss, Steve Buscemi, but he has to tamp down on his acting style for the camera after a career trying to be seen in an auditorium of 4,000 people. He did well enough to receive two Screen Actors Guild awards for Outstanding Performance by an Ensemble in a Drama Series.

“I miss the singing. But what I miss is being on television.”

It’s been a long road. Born in New Orleans, he made his operatic debut as a boy in a small role in Louise, in March 1965, at the New Orleans Opera Association, opposite the last performances in this opera of Dorothy Kirsten and Norman Treigle. As an adult, he would give many performances with that company, and would earn music degrees from Loyola University of the South and Tulane University.

He made his debut with the Met in the 1982-83 season and appeared scores of times with several performances televised and some recorded on DVD. He appeared with companies in Geneva, Amsterdam, Montreal, Mexico City, Tokyo, San Francisco, Los Angeles, Chicago, and, especially, Santa Fe. His final appearance at the Met was in The Gambler in 2008. Although still appearing in Boardwalk Empire, he returned to the New Orleans Opera in 2011 to play Emperor Altou in Turandot.

After all that experience, he has no illusions about opera being great naturalistic theater, even as some companies try to modernize their productions.

“You are not going to see the greatest acting in the world,” said Laciura who has seen fine acting working alongside people like Buscemi. “The greatness of Mozart and the other composers is that no matter what you do externally, if you don’t like the production, there are still great voices out there and you can close your eyes, and still enjoy it.”