An “Othersider’s” Insider View of Playhouse’s Next to Normal 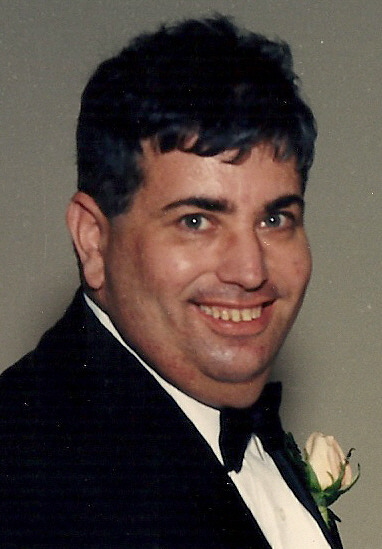 Editor’s Note: This commentary/review was written by my brother, Peter, about his reaction to the Actors Playhouse  production of Next to Normal, which he flew down from North Carolina specifically to see. Peter is a high-functioning autistic adult whose life has been a history of the evolving art of diagnosing mental illness through the second half of the 20th Century. As something of a self-taught expert on pop culture and some art forms, Peter felt moved to write about what he had seen – a melding of a genre he loves and the reality he knows first-hand.

Hello, my name is Peter R. Hirschman, and as a Florida Theater On Stage extra treat to our readers I’m providing an “othersider’s” view of the Actors Playhouse’s production of Next to Normal now playing at the Miracle Theater in Coral Gables.

I say “othersider” because I, myself, am a member in good standing of the Handicap/Disabled community for all of my 58-plus years.

This musical (which has won 3 Tonys and the Pulitzer Prize) is about a family in suburban America who are trying to cope with grief over a tragic loss and its fallout.

The mother Diana (Jodie Langel) has become clinically depressed and has episodes of strange behaviors.

The father Dan (Mark Sanders), who loves his wife dearly, is having a hard time  coping with her mood swings and the fact that sometimes the only thing he can do is standby and just “be there.”

Daughter Natalie (Sarah Amengual) is a high school student who sometimes feel unwanted, but most of all she is afraid she will end up “crazy” like her mother and isn’t deserving of love.

Then there is the son, Gabe (Eddy Rioseco) who is the catalyst of all the
action.

On the surface, the action is about the family’s journey to get (as one of the songs goes ) “Back to Better Than Before.” But Brian Yorkey’s script and Tom Kitt’s  music shows it’s also about medicine’s attempts to diagnose (and sometimes MIS-diagnose) and cure (or the inability to do so) the illnesses of the body, soul and mind.

It is this aspect of the story that made me come down from my home in Chapel Hill,  N.C. You see, since I was at least 5 years old, I have taken one kind of medication or another for whichever “condition- du-jour’ was attributed to me.

I always say, “I’ve been called everything from retarded to normal and no one has gotten it right yet, not even the finest neurologist in the country.”

This included such popular items as Dilantin, Haldol, Ritlin, Prozac. I was even a guinea pig for Stelazine (a dose that today would knock me out). Sometimes they worked TOO WELL.

I was also in special education in my home state of New York, and also spent a year in our local state institution in N.C. where one of my fellow patients had shock therapy periodically.

Unlike Diana, I had a very good and STRONG support system. This consisted of teachers, doctors and, most importantly, family who helped me and didn’t abandon me to the system. Back in the ‘50s and ‘60s most parents and society in general didn’t know how to handle a handicapped individual. Usually, it seems to me that you were either hidden away, put away or excuses were made, like, “Oh, he’s just high-spirited” or “He or (she) is just a troublemaker” or they ignored the problem completely until it was too late.

Sometimes a child would be blamed or the parents took out their own fear of “Is something wrong with me” on the children or spouse.

But some parents (like Diana and Dan in the play) tried what I feel is one of the most damaging methods of coping (especially if the Handicap/Disabled child is still living with them) — that they try to “replace” the  child with another child. Along with the usual sibling rivalry, there is the favoritism factor (if they are loving parents it may seem the “normal” one gets all the breaks or it may seem — as in the play — that their life revolves around the “crazy one,” in this case, Diana.

Mental health today has advanced quite a lot, so detection and help is
more readily available. We also know more about different types of mental and emotional ailments. But as this play shows you, some things never change.

So what do I think is the most important thing you should take away from the play? Are the writers saying that mental health doctors are quacks or, at best, are ignorant how to treat mental illness? Is it that mental illness can and DOES play havoc with the dynamics among family and friends, not only for them but the Handicap/Disabled person themselves? Or that despite all we know about mental illnesses (as well as other disabilities for that matter) are we still learning?

No, I think the moral of the story is that until we learn to accept that some ailments  or barriers may never go away, we will never be able to get “Next To Normal.”

Postscript: Pre-show talks with doctors from the University of Miami’s Miller School of Medicine Department of Psychiatry and Behavioral Sciences are scheduled before every performance at 7:15 p.m. & 1:15 p.m. on Sundays. Post-show talk backs with cast members, the director and UM doctors are scheduled on Feb. 3 and 10. Patrons who have purchased tickets for other performances can attend the post-show talk backs with their ticket stubs.

This entry was posted in General and tagged Actors Playhouse, next to normal, Peter Hirschman. Bookmark the permalink.