Love, Loss and What I Wore is Gently Funny Celebration of, Well, What You Wore 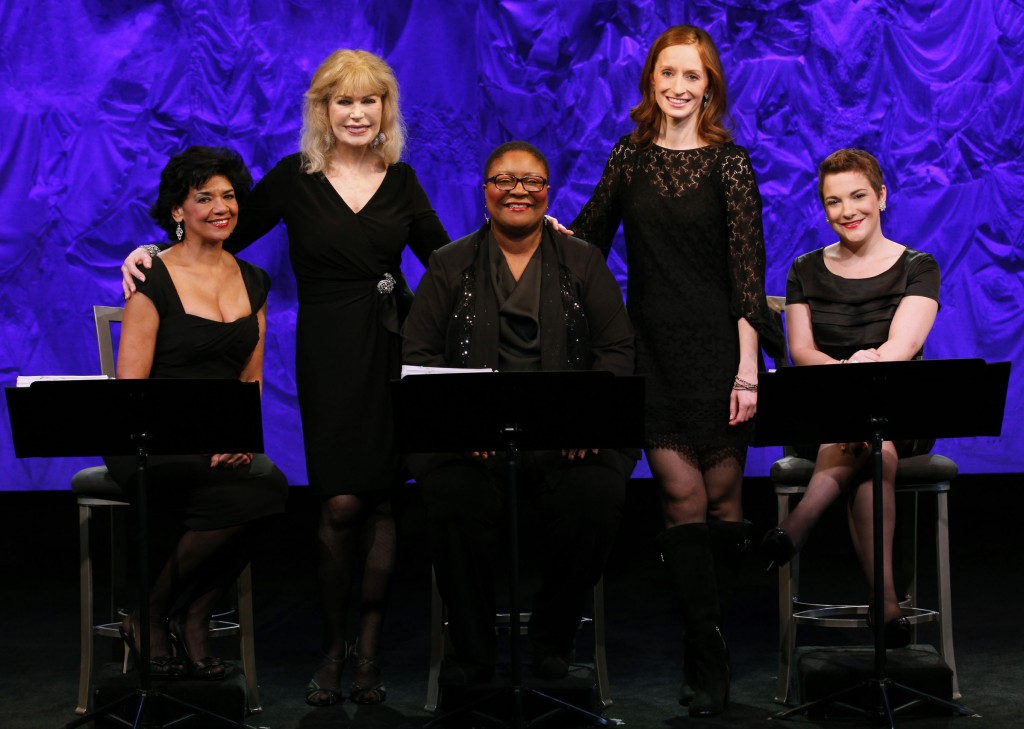 If we are what we eat, then even more so, we must be what we wear. Not so much because our choices of what we wear say so much about our taste, but because in retrospect, we link what we wore with who we were and what was happening in our lives.

Love, Loss and What I Wore is a gently funny and knowing celebration of clothing not as fashion per se, but as talismans, totems and souvenirs that instantly summon associations of moments in our lives.

The evening features five women telling 90 minutes of stories, touching and uproarious, about how everything from Birkenstock shoes to an old bathrobe provide the touchstones of the authors’ lives. It often seems less theater so much as eavesdropping on a dish-fest that lingers over coffee in a restaurant after a two-hour lunch.

Listen to quips that elicit universal recognition. A mother warns her daughter, “Always wear clean underwear in case you are killed in a car accident.” Or the young girl balking at a hideous birthday present: “My life is over just from wearing it in the house!” Or “Are you wearing that?”

It’s laced with embarrassing and dead-on insights: “Any American woman under 40 who says she’s never dressed as Madonna is either lying or Amish.”

The modest play is still playing off-Broadway where various stars drop in for a few weeks and then switch out with another team. Here, Loretta Swit of M*A*S*H is the star of the moment who is carefully threaded into a quartet of actresses who hand off the focus back and forth as smoothly as trapeze artists: Emily Dorsch, Daisy Eagan (who won a Tony for The Secret Garden in 1991), Sonia Manzano (best known as a regular on Sesame Street) and Myra Lucretia Taylor.

At first, the format seems to echo The Vagina Monologues or The Exonerated: actors sit before music stands on a bare stage, telling us stories in monologues. And, in fact, that around-the-campfire feel does come across from time to time in tales about prom dresses, an inflatable push-up bra and wedding gowns.

But these stories based on a book by Ilene Beckerman have been deftly woven by playwrights Nora and Delia Ephron into a genuine piece of theater. Helmed by director Karen Carpenter, the five women interact with each other, portray secondary characters in someone else’s story, often fire off examples of a theme like “The Closet” in what sometimes seems like a choral performance of contrapuntal voices. They also pay attention to each other, smiling as broadly at the tales as the audience members.

Beckerman’s ongoing story, told by Swit and augmented with her own drawings, is interrupted and enhanced with recollections written by 18 other women including Rosie O’Donnell, Alex Witchel, Mary Rodgers and Merrill Markoe. Other than Swit, each actress plays women of different ages, ethnicities and social backgrounds. Each tells their stories with a savor in their voice usually reserved for gourmet food.

Maybe it’s the resonances of my life with the woman sitting next to me at the show, but easily the high spot was the routine about how purses reflect the interior disorder of their owners’ lives. Taylor’s perfectly cadenced and paced storytelling was uninterrupted hilarity.

But the evening also ties clothing to more sober occasions such as Manzano’s  story of a woman who faces a mastectomy dressed to the nines to reaffirm her control and dignity, and whose imagining of a lacy white bra got her through reconstructive surgery. And there’s the memory of two dresses that a grieving widower bought for his daughter on her 13th birthday, clothes that will take on yet another tragic meaning soon after for her.

Love, Loss and What I Wore is a surprisingly satisfying evening in the theater of reaffirming self-recognition.