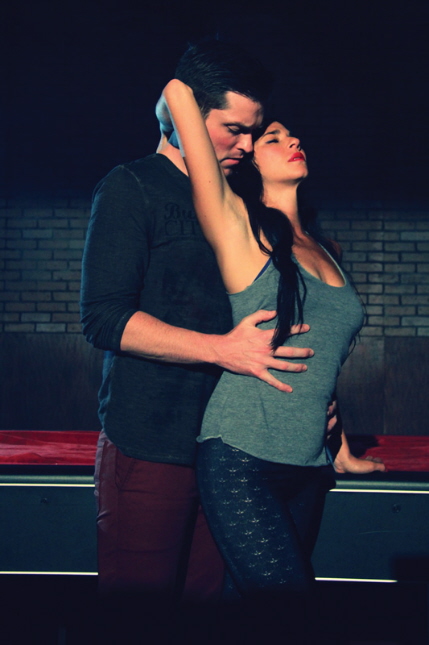 The unusual richness of the 2014 season in South Florida theater is reflected in the 2014 Carbonell Awards nominations released today, ranging from lushly produced mainstream blockbusters to edgy works from modest avant-garde troupes.

The 39th annual awards designed to honor excellence in local professional theater rewarded traditional offerings such as the Maltz Jupiter Theatre’s resplendent production of Rodgers and Hammersteins’ venerable The King and I, and Palm Beach Dramaworks’ revival of Thornton Wilder’s classic Our Town.

But it was equally generous recognizing more challenging contemporary fare such as Actor Playhouse’s atypical production of Murder Ballad, a sexy noirish sung-through chamber piece; Zoetic Stage’s first musical, Stephen Sondheim’s depiction of a curdled American Dream, Assassins, and The Theatre at Arts Garage’s world premiere musical, The Trouble With Doug about a young man who turns into a slug.

The awards will be presented at the ceremony nicknamed “Theater Prom” at 7:30 p.m. Monday, March 30 at the Broward Center for the Performing Arts in Fort Lauderdale.

Usually, theaters cop the most nominations simply because they produce primarily musicals. Musicals have more categories to score in than plays (choreography and musical direction) and they usually have the showiest lights, sound and sets.

But this year, three of the four companies receiving the most nominations did so with a combination of musicals and straight plays: Zoetic Stage in Miami with 16 for Assassins, Michael McKeever’s comedy Clark Gable Slept Here and the drama, Detroit. The Maltz took 14 for The King and I and its revival of the farce The Foreigner. Actors Playhouse in Coral Gables copped 11 for Murder Ballad, its family comedy Miracle on South Division Street and a play-with-musical numbers depicting Judy Garland’s last days, End of the Rainbow.

But the troupe with the third most nominations at 11 reflected the steady rise of Slow Burn Theatre Company in only its second season of eligibility. Three of its five productions in 2014 won recognition: the Abba-Tim Rice musical about international and personal politics, Chess; Jason Robert Brown’s musical Parade about anti-Semitism, and a heavily-reworked reboot of the fabled flop, Carrie that featured a standout performance by Anne Chamberlain as the troubled teen. It was a validation of the company’s desire to produce musicals that failed on Broadway but had elements worth a second viewing.

The King and I had 9 nominations by itself, Murder Ballad had nine, Assassins had 8 and Parade had 7. In plays, Clark Gable Slept Here had 5 nods, as did The Foreigner.

As with Slow Burn, it was a good year for newcomers to the Carbonell competition. Also in its second season, The Wick Theatre took five nominations for its dance-dominated Swing, Ain’t Misbehaving and 42nd Street, three of its five productions.

Primal Forces, which only opened its first show in February in Fort Lauderdale, scored a single nod for best actress for Makeba Pace in last month’s Sunset Baby.

The King and I notwithstanding, size did not always matter. Outré Theatre Company with its two-character musical Thrill Me got two nods, and most notably, Naked Stage has four nominations from its vest-pocket but passionate production of Miss Julie.

There were a few surprises: New Theatre’s Gidion’s Knot, one of the most acclaimed productions of the year, received only a single nomination, and that was Best Ensemble for its two-character drama. Conversely, the Maltz’s production of The Foreigner had not been talked about much since its late October opening, but the superior quality of the work stuck with judges. The abundance of such work this year was so impressive that competition for a limited number of slots left out several productions, theaters and artists who received acclaim during the year’

The Carbonells have always been a source of controversy in the theater community. For instance, many people appreciate the honor and recognition. But some – including people in that first camp – contend that rewarding art should not be through a competition among diverse and dissimilar works and performances. Some privately knock the awards. But many – including people in that camp – cite them on their playbill biographies and display them in glass cases in their lobbies.

The Carbonells were created by a group of area theater critics but is now operated by a non-profit board of theater professionals and supporters. Besides the awards,
the organization gives scholarships to graduating high school seniors in the tri-county area who plan to pursue a degree in theater or journalism. Applications for this year’s grants are being accepted through February 13. Details and information at www.carbonellawards.com/scholarships.

The 39th Annual Carbonell Awards will be March 30 in the Amaturo Theater at Broward Center for the Performing Arts, 201 S.W. 5th Ave., Fort Lauderdale. Single tickets are $31.86 available by calling (954) 462-0222. Group sales of 10 or more tickets may be purchased by calling (954) 60-6307 with promo code “Awards.” Tickets are also available at the Broward Center’s AutoNation box office or by visiting www.browardcenter.org.