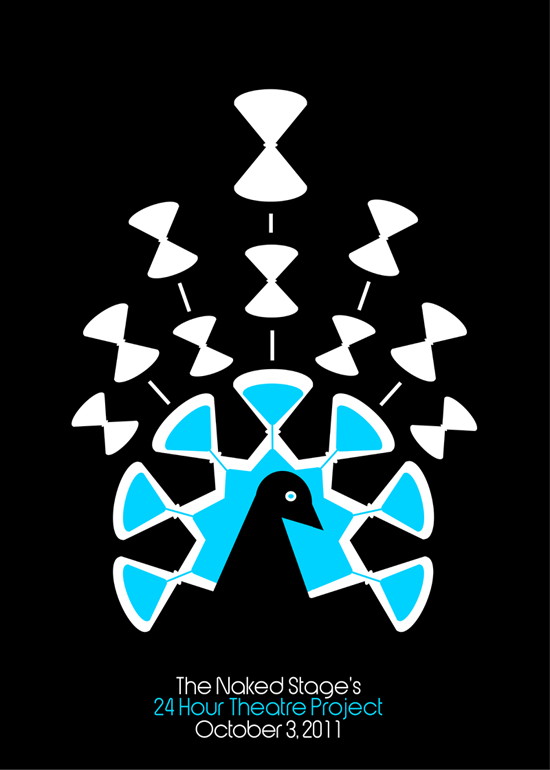 The three major social events of the South Florida theater year are the Carbonell Awards (theater prom as insiders call it); the Silver Palm Awards, and, coming up in two weeks, the madness known as The 24-Hour Theatre Project.

Most theaters’ fund raisers lean toward champagne-fueled black tie galas. The scrappy Naked Stage company stages a coffee-fueled marathon in which about 50 actors, directors and playwrights jam for a mostly sleepless 24-hour period to produce and present from scratch an evening’s worth of skits, playlets, goofs and hoots.

The curtain will rise on the fifth annual edition at 8 p.m. Monday, Oct. 3, in the Count de Hoernle Theatre donated by the Caldwell Theatre Company at 7901 N. Federal Highway in Boca Raton.

The masochistic volunteers gather at 7 p.m. Sunday when playwrights are assigned a theme or title.  They write until dawn when the directors and cast begin rehearsals – a process that invariably changes the material throughout the day. At 8 p.m. whatever results goes up before a paying audience. The pieces, usually comic, range from hysterically funny to head-scratchers.

An infectious sense of camaraderie flows off the stage into and through the audience during  the madcap evening. A favorite moment comes at the end when everyone connected to the production – a group larger than two children’s theater productions of Oliver! — comes on stage in each other’s arms for a curtain call.

An early and incomplete list of participants this year include:

The entire production is organized by Katherine Amadeo, a co-founder of Naked Stage.

Intermission will feature an auction and appetizers. South Florida Theatre League will host a wine & cheese reception/meet & greet with the directors, playwrights and actors immediately following the performance.

The proceeds benefit a joint production next summer of the vest-pocket Promethean Theatre, a professional troupe which performs on the campus of Nova Southeastern University in Davie, and The Naked Stage, another tiny hand-to-mouth company that produces work on a postage stamp stage at Barry University.

Both companies are noted for a high level of talent and strong, edgy work such as Naked Stage’s scorching 4.48 Psychosis  and Promethean’s acclaimed Dumb Show.