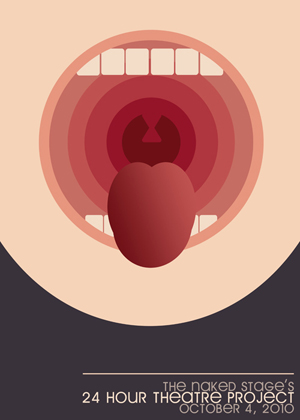 The 24-Hour Theatre Project ‘ one of the most anticipated theater events in South Florida each year ‘ has been set for 8 p.m. Oct. 4.

The fourth annual fundraiser brings together dozens of local playwrights, directors and actors who write, stage and perform playlets from scratch within 24 hours.

The quality of the individual pieces vary wildly, but the camaraderie and mutual support on display is overwhelmingly joyous. Tickets will be $25.

Ninety percent of the proceeds will go to No Exit, the next production of Naked Stage slated for Oct. 29-Nov. 21. The tiny professional theater based at Barry University has mounted such acclaimed productions as Sarah Kane’s 4.48 Psychosis in 2008, but the company has been struggling fiscally and has had to postpone or scrap productions.

The other ten percent goes to SouthFloridaTheatre.com, the new name for the Theatre League of South Florida.

24-Hour has been held in Miami-Dade County, but the shenanigans this year will be on the stage of the Caldwell Theatre in Boca Raton. Caldwell chief Clive Cholerton has been reaching out to support his colleagues since retooling the venerable institution’s mission last year. Most recently he loaned his venue to the fledgling Zoetic Stage for a fund-raiser on July 26.

As in the past, the logistics will be organized by Katherine Amadeo and John Manzelli, co-founders of Naked Stage.

The evening also kicks off the 2010 South Florida Theater Festival, a month-long series of event ending with the Silver Palm Awards. The festival is sponsored by SouthFloridaTheatre.com.