Arsht Bonds with Zoetic, House, U of Miami & Alliance For Theater Up Close Next Season 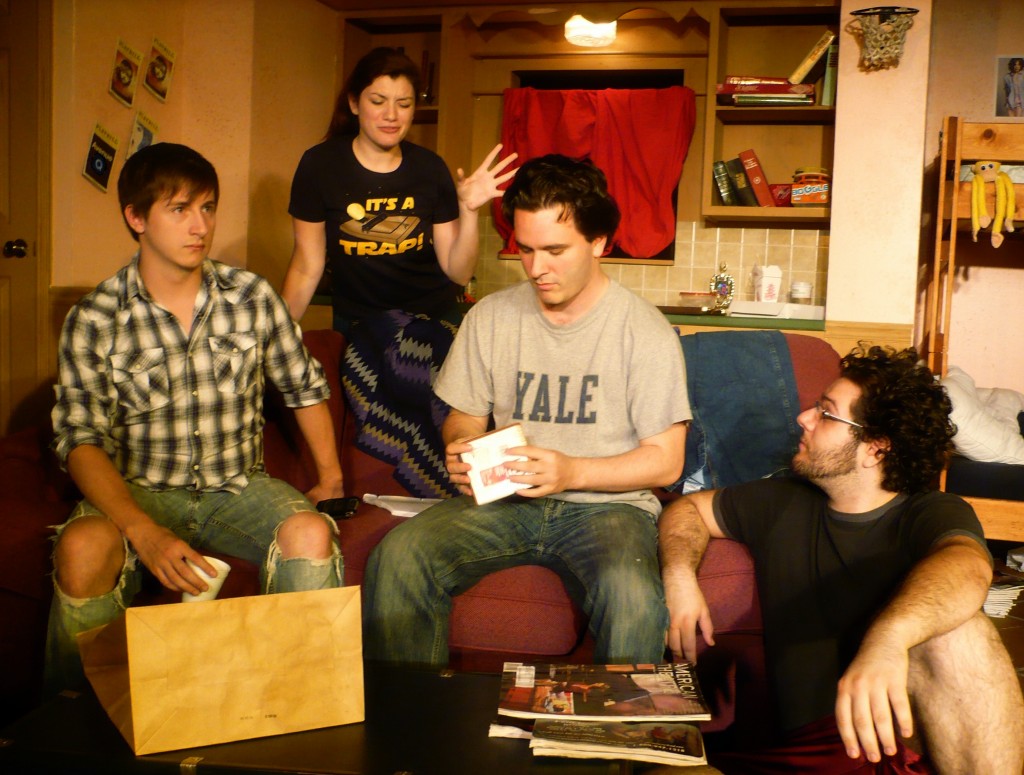 Theater Up Close, the series co-produced by the Arsht Center, has announced a 2012-2013 season partnering with the home-grown Zoetic Stage, the University of Miami’s theater department, the House Theatre of Chicago and, for the first time, the Alliance Theatre Lab of Miami Lakes.

The series mounted in the black box Carnival Studio Theater is a commitment by the Adrienne Arsht Center for the Performing Arts in Miami to nurture the South Florida theater community by investing its own money in mostly locally-based productions.

Most of the six shows are thematically challenging and theatrically inventive works that lie just outside the mainstream Florida fare – and hopefully will attract a younger new audience as well as inveterate theater lovers.

For instance, the Arsht partnership with the Alliance is a revival of the company’s Brothers Beckett. David Michael Sirois’ comic drama of Gen Y’ers trying to cope with impending adulthood was a popular and critical success when it bowed in March 2011 and was nominated for a Carbonell Award for Best New Play.

A news release described the plot as “Kevin Beckett, a Yale alumnus, is awaiting the arrival of his beloved girlfriend named Tuesday, who will be spending a perfect week with him and his roommate/brother, Brad. When Kevin divulges to Brad that he plans on proposing, Brad tries to find any way possible to keep his brother from moving out of their bunk-bedded, pink-walled studio apartment.”

When it debuted, Florida Theater On Stage described it as “a scruffy teddy bear of a play about twenty-somethings struggling to find something satisfyingly real and emotionally sustaining in a cold world. It’s also nearly as funny as anything South Florida has produced this season.”

Alliance is a tiny company founded by Adalberto Acevedo in 2001 which operated intermittently, but now performs regularly at the Main Street Theater in Miami Lakes and the Pelican Theatre in Barry University. Over the years, a tight repertory company of actors and playwrights has evolved including Sirois and Mark Della Ventura who co-starred in Brothers Beckett and are planned to head the Arsht production.

Zoetic Stage, another Miami-based company of actors, directors and playwrights, will present its third season at the Arsht.

The slate leads off Oct. 4-21 with Doug Wright’s Pulitzer Prize and Tony Award-winning I Am My Own Wife featuring Tom Wahl playing 30 roles in a tour de force. The mostly-true story of survival is narrated by Charlotte von Mahlsdorf , a Berlin transvestite who outlasted the Nazis and then the Communists – but at a questionable ethical cost.

Zoetic’s entry set for Jan. 10-27, 2013 is the contemporary comedy All New People written by Zach Braff, the writer, director and star of the film Garden State and star of the TV series Scrubs.

A news release describes the play as “a fresh look at unexpected and accidental friendships that arise in life’s most trying moments. Charlie is having a tough time with life and, on his 35th birthday, decides to call it quits. Ruining his plans is a parade of odd but engaging characters who are somehow sent to save his life.”

The Arsht staff describes the play as “a heaven-sent comedy drenched in southern charm, infused with a pinch of hellfire and a dollop of damnation. Two daffy Catholic sisters find themselves in a verbal smack down with a door-to-door evangelist in their own home. Crackling with wit and brimming with emotion, what unfolds is an up-to-the-minute comedy about organized religion, faith and morals in the not-so-United States.”

Last season, the Arsht hosted the University of Miami’s Department of Theatre Arts’ production of Federico Garcia Lorca’s classic tragedy The House of Bernada Alba. This Nov. 1-18, they team up for the rock musical  Girls Vs. Boys written two years ago by key members of the House Theatre of Chicago, the group responsible for this spring’s Death and Harry Houdini and last season’s The Sparrow.

The project allows college students to work alongside and be mentored by Arsht professionals and House Theatre company members.

The “loud new musical” is described in a news release as: “For sister and brother Sam and Casey entering the game of adolescence on opposite sides could be deadly. Girls vs. Boys’ soul-bearing score of throbbing rock, punk, metal and more illuminates the high-stakes, life-and-death game of love and sex that no one is prepared for. Fighting a fierce battle with parties and pills — will they find love or lose each other?”

And speaking of the House, the company notable for its highly stylized storytelling and staging returns Nov. 29- Dec. 30 with its reinvention of the holiday classic The Nutcracker featuring music, puppets and theatrical spectacle.

Subscriptions to the season are available by calling (305) 949-6722, or online at www.arshtcenter.org. Single tickets to I Am My Own Wife will be available to Zoetic members beginning July 23 and to the general public on July 30.