“Billy Elliot,” “Beauty and the Beast” coming to Broward Center next season 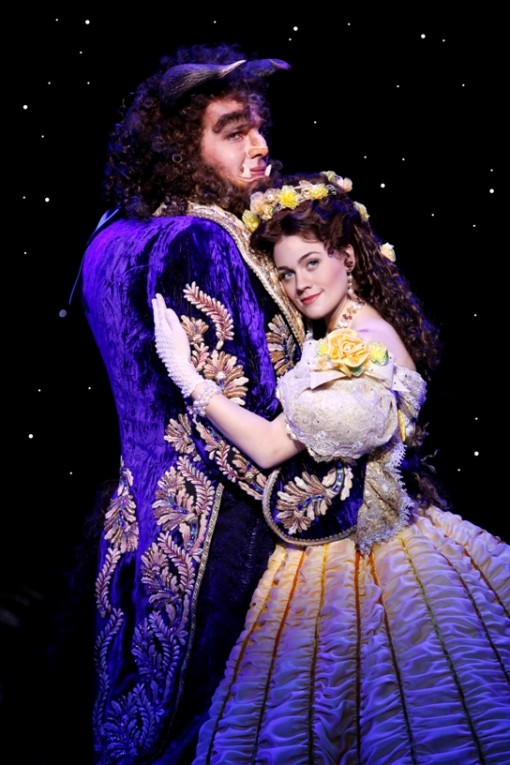 Liz Shivener as Belle in "Beauty and the Beast." Photo Joan Marcus

It took more than two years, but one of Broadway’s biggest hits,’Billy Elliot, is coming to South Florida as the headlining slot in the Broadway Across America-Fort Lauderdale’s tour schedule for 2011-2012.

The uplifting musical about a working-class English boy with a latent talent for dance will be the fourth of six musicals to play the Au-Rene Theater at the Broward Center for the Performing Arts in a season that begins in early October.

The 2009 Tony winner for best musical (among ten Tonys) is still playing on Broadway to nearly sold out houses, due to Peter Darling’s stunning choreography and winning performances by a trio of boys who switch off in the title role.

Lee Hall wrote the book and lyrics based on his screenplay for the 2000 film, and the score is by Elton John ‘ reportedly the strongest stage music he has written.

The plot tells of a young boy in an economically depressed mining town whose father wants him to be a boxer. Instead, the boy becomes enthralled by the dream of becoming a ballet dancer, something contrary to the community’s expectations.

The run slated for Feb. 29-March 11 will be the first time the musical has played in South Florida.

Most of the rest of the scheduled shows are familiar titles. The season opens Oct. 4-16 with’Rain ‘ A Tribute to the Beatles. The evening is a two-hour multi-media straight-ahead concert by clones covering 30 of The Fab Four’s greatest hits, a sort of 21st Century iteration of an earlier effort,’Beatlemania. The show got a try out at the Arsht Center in Miami last October before moving to’Broadway where it’s still running. A glimpse of the show can be seen at’www.raintribute.com.

At least’Disney’s Beauty and the Beast will have a plot when it returns Nov. 15 ‘ 27. The fairy tale also has an undeniably appealing score, a terrific production number in’Be Our Guest and some nifty special effects. Although some recent productions have been stripped down a bit, the raw material can be enchanting in the right hands. Check out’www.BeautyAndTheBeastOnTour.com.

Short of a power outage, the one guaranteed crowd-pleaser will be the return Jan.11-29 of’Jersey Boys — a standing-ovation success in Broward in 2009 and which just finished bringing audiences to their feet this month at the Arsht Center. This melding of a jukebox revue and a genuine three-dimensional script delivers a rousing warts-and-all account of the rise and fall of Frankie Valli and the Four Seasons, featuring renditions of their catalog that sometimes sound better than the original recordings. If you have doubts, catch a preview at’www.jerseyboysinfo.com/tour.

More traditional, but equally thrilling is’Rodgers and Hammerstein’s South Pacific whose lovely ballad’Younger Than Springtime will be heard appropriately April 10-22. The Tony-winning revival was an overwhelming success at Lincoln Center and the road tour has garnered strong reviews for its lush and soaring score. A taste is available at’www.southpacificontour.com.

The season closes June 14-24 with a road show based on the current New York revival of’La Cage aux Folles. This marks the second revival in six years for the Jerry Herman-Arthur Laurents-Harvey Fierstein family values show for non-traditional families. The director and producers intentionally scaled back the production to concentrate more on the love story between Albin and Georges rather than overwhelming spectacle.

The Broadway version succeeded in part because of the human focus, but it also because it featured terrific performances from Kelsey Grammer whose comic chops are well-documented and British actor Douglas Hodge whose touching vulnerability and unique interpretation won him a Tony Award. Casting for the tour has not been announced. A sampling from the Broadway edition can be seen at’www.lacage.com.

Season tickets ranging from $145 to $540 are immediately available by visiting’www.broadwayacrossamerica.com or calling (800) 764-0700 weekdays between 10 a.m. and 5 p.m. Single tickets are usually offered about six to eight weeks before the season beings.

All the shows are presented by the non-profit Florida Theatrical Association in association with the Broward Center, but produced by Broadway Across America which now invests in shows on Broadway with a view to putting them on the road later.