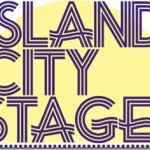 Seeing How Your Sausage Is Made

Island City Stage will offer the public a rare opportunity peek in at the process of making theater on Oct. 8 and 15 when it opens rehearsals for its world premiere of Michael Aman’s play POZ.

Rehearsals will be held at the Stonewall Museum, 2157 Wilton Drive in Wilton Manors. RSVP’s are requested by calling (954) 519-2533. Due to the nature of rehearsals and the need for minimal interruptions, those interested will be asked to arrive no later than 7 p.m. although observers will be allowed to leave when they like.

The story set in 2003 is described as “Edison is an attractive young man with leukemia who discovers he can only get insurance to cover his chemo if he’s HIV+. Robert is an older man who is HIV+ and a self-proclaimed “sex pig” trying to change his life. Each has what the other wants. But what will they do to get it? Along with their cohorts -an aging stage star, an old-school queen, an eccentric medium and a ghost – these two men create a totally unconventional love story that is funny and thought provoking.”

In keeping with its unpredictable and iconoclastic image, Thinking Cap Theatre is its first annual (hopefully) Fiendishly Fun It’s Almost Halloween Party on Oct. 13 from 7:30 p.m. to 10 p.m., hosted by “Hairy Mary Shelley” in the tradition of a Victorian freak show.

The evening hosted at Art Serve, 1350 E. Sunrise in Fort Lauderdale will also feature live music, complimentary treats, drinks for sale, door prizes, and a costume contest with a $50 first prize. General Admission $25, students with a valid ID $15 at the door. Attendees must be 18 years old. For tickets or more information, call (813) 220-1546 or visit www.thinkingcaptheatre.com.

Once More With Feeling

Ramón Tebar, who has served as music director of Florida Grand Opera since 2011, has renewed his contract for an additional two seasons through the spring of 2016. The renewal guarantees his involvement with the company through its upcoming and seminal 75th anniversary season. He will also continue as principal conductor although he has been working nationally and internationally.