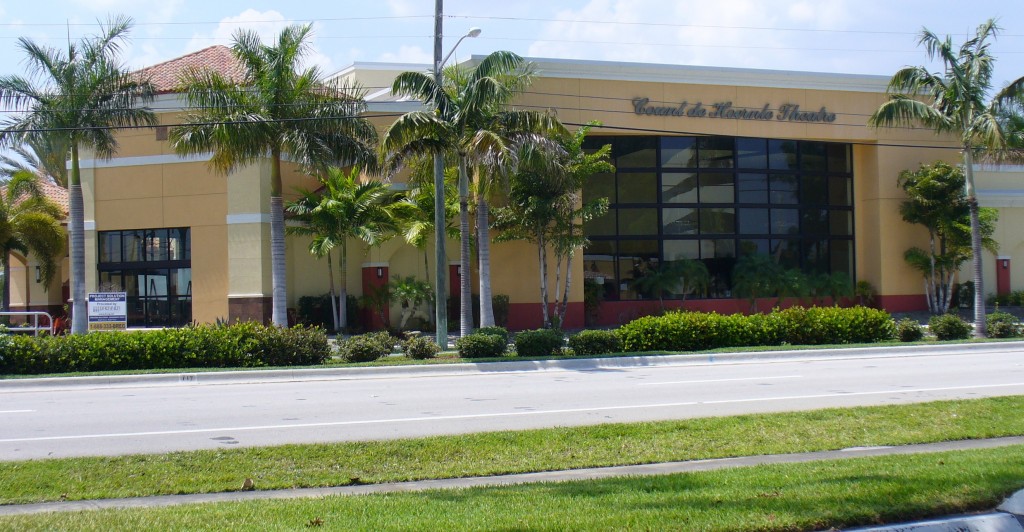 The Caldwell Theatre Company remains locked out of the Count de Hoernle Theater, but the facility it built won’t remain dark this summer.

Brenner also revealed that he had been in separate discussions last week with “multiple” Palm Beach entities intrigued by the idea of a long-term lease. He would not identify them other than to say a meeting was held in West Palm Beach. But his vision of an optimum deal would be an entity to lease the property to mount their own shows and/or rent it out to other parties.

Whether the long-term lease talks will culminate in a deal, Brenner said, “My crystal ball is broken.”

In a report Brenner filed with the court last month, he indicated at least five groups had made inquiries in March and April about short-term rentals including North Broward Preparatory School, the Broward Center for the Performing Arts and Entr’acte. Lifshitz said he was aware of exploratory discussions with the Coral Springs Performing Arts Center.

Following a court order to preserve the property’s assets in a still pending mortgage foreclosure, Brenner formally evicted the Caldwell staff and changed the locks on the doors April 2, a few hours before the Carbonell Awards. Since then his staff has been working with employees to return any personal property they might have had inside such as tools and costumes. He also installed a new security system and updated the insurance, among other tasks.

The exact status of the Caldwell Theatre Company itself is unknown. Artistic  Director Clive Cholerton told two journalists and a company attorney over the past three weeks that a decision or announcement would be made in two to five days about filing in federal bankruptcy court, either requesting complete dissolution or staying creditors while trying to reorganize.

But no document has been filed in federal court and Cholerton wrote in an email  last Thursday that he was “not in a position to provide a comment.” The attorney reportedly hired to file the bankruptcy papers, Bradley Schraiberg, has failed to respond to numerous phone messages requesting comment left over the past five weeks.

But the lights will go back on July 5-15 with the Andrew Lloyd Webber-Tim Rice musical. Entr’acte is an outgrowth of the Principal Players, a not-for-profit created about 10 years ago by Vicki and Peter Halmos.

Over the years, the company has gravitated toward producing “showcase” musicals with fledgling actors and directors – often still in college or recent graduates, Lifshitz said. They are paid a small amount, but the primary benefits to participants are the experience working in a professional environment and the ability to put a professional credit on their resume.

In this case, a cast of 25 will be led by director Jessica Kris who only graduated from New York University’s Tisch School a year ago but who has been connected to several productions with Entr’acte. On the other hand, the music director is the 30-year veteran Roger Blankenship.

The company has never had a permanent home, which led in part to it playing at the Caldwell this summer. Entr’acte had planned months ago to play there in June based on having mounted two shows there previously and a scuttled plan to co-produce the musical City of Angel with the Caldwell.

Several weeks ago, the company was still looking for a stage when Lifshitz noted that the receiver, Brenner, was an acquaintance.

“I called Scott and said we’ve got a production on the boards and no place to have  it,” Lifshitz said

The two negotiated an undisclosed price that takes into account that Entr’acte is essentially moving into a “naked house, just a roof over our heads and whatever equipment we find in there,” notably no support staff, Lifshitz said.

The delay in the production has meant recasting about a third of the ensemble, Lifshitz said.

Jesus Christ Superstar will performed July 5-15 at the Count de Hoernle Theatre, 7901 North Federal Highway, Boca Raton. Performances are 8 p.m. Thursday-Saturday, 2 p.m. Saturday, 3 p.m. Sunday. Tickets are $25 for reserved seating, $15 for groups and children under 12, and $10 student rush (with ID) at the door on day of show. Tickets to the Jan McArt reunion performance July 8 which includes a pizza dinner are another $15. Call (877) 710-7779.

This entry was posted in News and tagged Entr'acte Executrix, Scott Brenner. Bookmark the permalink.

One Response to Caldwell Facility Rented Out To Entr’Acte Theatrix Troupe For July Show of J.C. Superstar