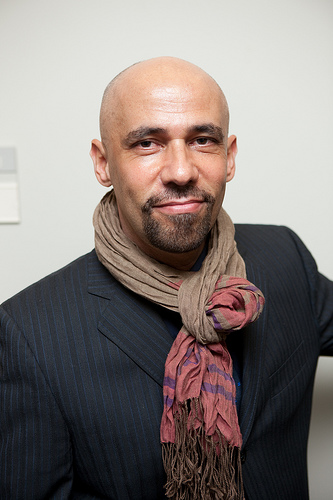 We don’t expect any tears for theater critics, but we’ll be earning our paychecks over the next two weeks. Just a sample of what’s on deck to go on the boards:

Our Critic’s Choice has to be the world premiere of Nilo Cruz’s The Color of Desire Friday in the smaller balcony theater at Actors’ Playhouse in Coral Gables. Set in Havana in 1960, it tells of an American businessman who tries to persuade a Cuban actress to impersonate his lost love. It plays through Nov. 7. Tickets are $44 to $52. 305-444-9293; actorsplayhouse.org.

Motherhood the Musical finally has its grand opening Thursday night at the Miniaci Performing Arts Center at Nova Southeastern University in Davie. The romp from the producers of Menopause the Musical plays through Oct. 31. 954-462-0222; miniacipac.org.

Mel Brooks’ Young Frankenstein runs though Oct. 17 at the Broward Center for the Performing Arts. 954=462-0222, 877-311-7469;’browardcenter.org. On Broadway, it wasn’t half as good as The Producers, but proved’mildly entertaining and how can you resist Puttin’ on the Ritz?

New Theatre in Coral Gables presents the edgy comedy Jack Goes Boating from Friday through Oct. 24 ‘ at the same time as the film version opens with Philip Seymour Hoffman. 305-443-5909; new-theatre.org.

It must be George Bernard Shaw Week in American theater. Days after the triumphant New York revival of Mrs. Warren’s Profession, Palm Beach Dramaworks opens his classic Candida on Friday with a strong cast including Kim Cozort. It plays through Nov. 21. 561-514-4042; palmbeachdramaworks.org.

If you missed the thoroughly entertaining one-man show Zero Hour, when it played at Broward Stage Door in 2008, you get a second chance when the biographical play about Zero Mostel comes to the Maltz Jupiter Theatre Oct. 14-17 and 21-24. Jim Brochu wrote and stars in the work that originated in Pasadena, then came to Florida and went on (somewhat rewritten) to an extended run Off-Broadway run where it received rave reviews. Tickets are $23-29. 561-575-2223,”800-445-1666; jupitertheatre.org.

Watch Karen Stephens inhabit more than a dozen denizens of the outer boroughs of New York City and beyond in the Tony-winning play Bridge and Tunnel at The Women’s Theatre Project Oct. 15-Nov. 7. 866-811-4111; womenstheatreproject.com.

The fledgling Slow Burn Theatre Company will do the time warp in The Rocky Horror Show Oct. 15-30. The troupe will have meatloaf again at the West Boca Performing Arts Theatre inside West Boca High School. Tickets are available through www.slowburntheatre.com.

The newly formed Entr’Acte Theatrix, performing at the Caldwell Theatre in Boca Raton, will mount Kander and Ebb’s Cabaret from Oct. 14 to 24. Call (877) 245-7432 or visit www.entractetheatrix.org.

For years, Frannie Sheridan has honed and presented theatrical versions of her life story — being raised as a Catholic in Canada because her Jewish emigre parents they feared a new outbreak of anti-Semitism. She’s bringing Confessions of a Jewish Shiksa’Dancing on Hitler’s Grave once again to Levis JCC’s West Boca Theatre Company at Zinman Hall at 2 and 5 p.m. Oct. 17, 24 and 31. Tickets are $20. Call (561) 852-3241.

They’re your Dreamgirls, yeah, boys’. The revival of the musical about the history of R&B and the rise of African-American pride arrives at the Arsht Center in Miami Oct. 19-24. Call (305) 949-6722 or visit www.arshtcenter.org.

Just a little tired of cutting edge theater? How about a classic musical that is difficult for even a junior high school to bungle? The venerable professional company Tamarac Theatre Of Performing Arts is presenting the durable Guys And Dolls Oct. 16 through Nov. 7. Tickets are $20. Call (954) 726-7898 or visit www.ttopa.org.

Just in time for Halloween, local actors will read from the works of Edgar Allen Poe and stage a production of The Fall of the House of Usher, another free offering from The Wonderful World of Conundrum Stages at 2 p.m. Oct. 23 at the Broward County South Regional Library in Pembroke Pines. For more information, please call 954-201-8849 or email conundrumstages@ymail.com.