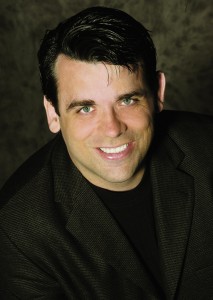 Hayes was quoted as saying, “FPTA’s focus over the next several months will be on the development of new programs to better serve the professional theatre community during these rapidly changing and challenging times.”

“The new FPTA officers will work collaboratively to establish partnerships to create opportunities for professional theatre companies and professional artists throughout Florida, and promote a greater awareness of the high-quality live-professional theatre experiences available to the residents and tourists of our state,”  Hayes said in a news release.

The association is a 32-year-old statewide not-for-profit organization that encourages the development and promotion of professional theatre. It supports networking and development opportunities among theatre organizations, theatre artists and other professionals.

Among its projects is holding statewide professional theatre auditions and workshops.

Hayes is one of the three founders of Dramaworks along with his wife Sue Ellen Beryl and Nanique Gherdian. Hayes has directed credits including Who’s Afraid of Virginia Woolf?, At Home at the Zoo, American Buffalo, Freud’s Last Session, and, this season, The Effect of Gamma Rays on Man-in-the-Moon Marigolds and Master Harold”…and the boys.

Roles as an actor Cradeau in No Exit, and Norman in The Dresser. As a playwright, he is the recipient of the Charles M. Getchell Award, a member of the Dramatists Guild of America, and has served as a play writing adjudicator for the Southeastern Theatre Conference and the Samuel French OOB Short Play Festival.

In Palm Beach County, he adjudicates the drama portion of the annual Pathfinders Awards, serves on the City of West Palm Beach Cultural Affairs Council, and is a member of the board of directors of the Economic Forum of Palm Beach County.