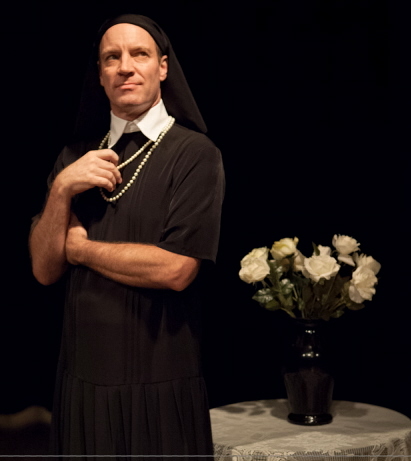 Doug Wright’s stunning play that provides a tour de force with Tom Wahl playing 30 roles in this mostly-true story of survival narrated by Charlotte von Mahlsdorf , a Berlin transvestite who outlasted the Nazis and then the Communists – but at a questionable ethical cost.

The boy-meets-girl plot of this Rodgers and Hammerstein musical is woven into the histori­cal context of the British Imperialism in Asia. It is also the story of a clash between cultures and the dynamics between Great Britain and The Orient. The King of Siam invites an English governess to come to his country and teach the children of his many wives about the modern world. Yet he himself resists changing his traditional role as the benevolent patriarchal dictator until the bold young governess wins his heart and his respect.

A Pulitzer Prize finalist and a long-running Off-Broadway hit, David Rimmer’s play chronicles the coming of age of two teenaged couples during the turbulent ‘60s. The language is frank, but unfailingly funny, as the four struggle with impending adulthood and their awakening sexuality. The music of Bob Dylan, The Beatles, The Beach Boys is ever present as a telling counterpoint to, and emotional anchor for, the lives of the young foursome.       (Professional)

What if Agatha Christie had become the intended victim in one of her own mysteries? That is the premise of this witty and constantly surprising comedy mystery about a world famous mystery writer, a deeper mystery written by Jerome Chodoror and Norman Panama. (Community)

A revival of the locally popular play about a Russian Jewish immigrant and his bride who are relocated to Texas just after the turn of the century. They move in with a Southern Christian banker and his wife. The play follows two generations of these different families and how their lives intertwine. This is a remount of this summer’s successful revival at Stage Door’s Coral Springs venue. Read our review, click here.

No closings this week.