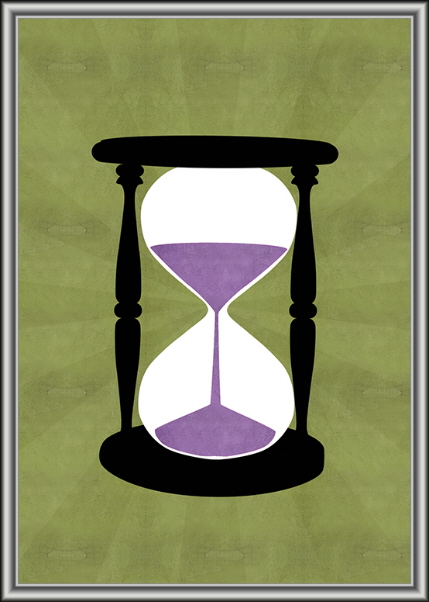 Not quite as life-and-death as the TV series 24, but every bit as nail-biting, the Naked Stage’s 24-Hour Theatre Project is one of the most highly anticipated events of the theater season.

Scores of theater professionals gather to write, cast, direct, rehearse and produce an evening of 10-minute plays in the titular often-sleepless 24 hours. The quality of the plays varies wildly, but the energy and camaraderie never fails to be inspiring.

This year, we’ve created 24 questions about the 24-Hour Theatre Project for its tireless (well not quire tireless) executive producer Katherine Amadeo, who is co-founder with husband Antonio and buddy John Manzelli of the tiny troupe that operates out of Barry University in Miami Shores.

Okay, so when is the performance this year?

You’ve been in several venues. Why West Palm Beach this year?

It’s been fun to spread the project around over the years. Even though our audiences are in Miami-Dade County, years four and five were at the Caldwell Theatre and they were very successful for us. The Palm Beach County crowds really embraced us. Also, Palm Beach Dramaworks!!! Everyone at PBD has been so welcoming and supportive. It really is a family up there… and that space is just stunning. We feel very lucky to be there.

What number year is this?

This will be our seventh year.

How did you get the idea?

The three founders of the Naked Stage… came up with it together. I wanted to do a fundraiser that was artistic in nature. Antonio wanted to do something community-based. John suggested we look into the 24 Hour Plays he had heard about from his time in New York. We checked it out, made some changes to personalize it and gave it a go.

What are the biggest challenges of putting this on?

What’s the most satisfying reward?

The curtain call. Every year, it is mind-blowing to see 60 or so of the South Florida theater community’s most gifted performers, directors, playwrights, stage managers, technicians and support staff all together on stage after such an intensely collaborative creative process. You’ve never seen anything like it. We love knowing that we bring the community together each year in a massive artistic endeavor. It’s given a lot of artists the opportunity to work with others they would have never had the chance to work with before. So many connections have been made because of 24 over the years. Also, standing in the wings and watching the actors go from being absolutely terrified before their piece to exultant after it’s end.

What don’t most observers realize?

Just how difficult it is. It is so, so, so hard to do. Writing a play in one sleep-deprived night is madness. But then, asking a director, stage manager and four actors to get it on its feet and perform it at pro quality level in less than a day is absurd. Everyone involved is a beast.

When do you start planning? Doing what?

How many pieces do you expect to be performed?

Which pieces stick in your memory from past shows and why?

Quite a few, but (GableStage director) Joe Adler as a Woody Allen-esque Imperial Stormtrooper is about as unforgettable as it gets. (Year 1)…. Also (Actors Playhouse director) David Arisco in drag. Always a good idea. Lucas Leyva’s Fardels Bear, our personal favorite. Many of the critics didn’t feel the same, but it was such a beautifully conceived and realized little play. Amazingly creative writer, that Lucas Leyva. Gifted. Great collaboration by all involved. Too many to mention, really….

Cite some examples of pieces that have had a life after the show.

Michael McKeever’s The Real Life Story of Craven Titweiler, Chris Demos-Brown’s Man from Mars and Mark Swaner’s The Britneys all went on to be performed at Summer Shorts.

Have you ever scrapped a piece that just wasn’t working? What happened?

A few years ago, somewhere around 3 a.m., the writers and I got a bit slap-happy and decided it would be hilarious if we added a ninth piece. We chose the title Can it, Mamet; Feck it, Beckett! and created a pen name: Claudius Agememnon Hyphen St. Claire. I believe the play consisted of a lone garbage can onstage from which I would stick my head out of and say, “feck it.” Or something along those lines…. In the end, we were too busy with everything else to even bother; however, it still showed up in the printed program.

The playwrights are given titles at random when they first arrive from which they are supposed to invent a play from scratch. Do some playwrights come with some ideas formed already and fit them to the theme they pick?

Maybe, but we try to make it as difficult for them as possible by giving them a list of absolutely absurd titles to choose from. (Shirley and the Temple of Doom. Try making that work with what you came in with!)

How many people are involved in putting this on?

Well, all of the organization — lining up all the participants, finding a space, blah, blah — that’s all on me. But then, there are all the people who generously give of their time and resources to make sure it goes off without a hitch. Bill Hayes, Nanique Gheridian, Lara Wagener, Sue Ellen Beryl, Paul Reekie and everyone at Dramaworks have been beyond amazing. Then there are the 60 or so artists, stage managers, volunteers and interns who participate in the production. Monica Soderman, as the lead stage manager, has been a godsend. Andie Arthur, Margaret Ledford and the South Florida Theatre League throw the reception. And then there is Ann Kelly Anthony. She has been so giving. This year, as in the past, she is feeding the 70 or so participants. We can’t thank her enough for all she gives. Throughout the years, we have had many other “angels” who have given to the cause. I hate to leave anyone out….

At this point, who is involved this year and how?

How do you choose who to act and write and direct?

Do you have more volunteers or fewer than you need?

We could always use more volunteers.

Why do they put themselves through it?

We’re always humbled by the amount of people who are willing to sacrifice to make this production happen. It’s a fundraiser for our company, but I think it also gives the participants an unforgettable artistic experience. There’s really nothing like the under-the-gun rush you feel. It’s very rewarding artistically. It’s also an unparalleled celebration of the artistic process that is shared among a large number of local colleagues. That’s a very unique thing. We hope so, anyway….

Which theaters benefit from this?

This is an annual fundraiser for the Naked Stage.

What does it cost to produce?

We’ve been incredibly fortunate that, for the most part, the theatres that have hosted our event have donated their space. Most of our cost is food and drinks for the masses and advertising.

What do the proceeds mean for your operation?

A great deal. If we do well, this will fund our upcoming production of Miss Julie in June 2014.

What are the intangible benefits?

The relationships that are made and/or strengthened from the process. It’s a very special experience to be a part of. It also challenges the participants to push their boundaries. At the end you feel like you’ve accomplished something you didn’t think was possible. It makes you a better artist.

Do you get a catnap at any point?

As a rule, no; however, two years ago, when I was eight months pregnant, Antonio sent me home for a short nap somewhere around 3 a.m. (Unfortunately, I was so stressed about being sent away, I couldn’t sleep!)

What are some of the more unusual methods people have used to stay awake?

Fear. Fear is what they use.

What happens after the show is over (do you go right to sleep, are you too wired)?

We clean, then sleep. The first year, we were on such a high, a group of us sat in the parking lot at GableStage and talked until the sun came up. I’m pretty sure, at some point, we began hallucinating.

How much are tickets?

Where do you get tickets?

This entry was posted in News and tagged Katherine Amadeo, Naked Stage. Bookmark the permalink.