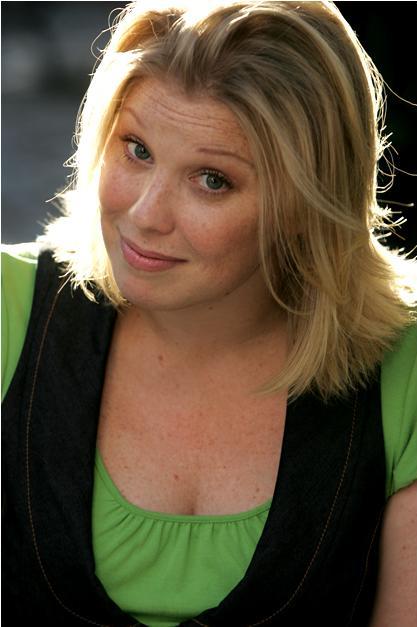 When Heather Jane Rolff was trying to make it in New York City in 2004, she and a friend went to see Neil LaBute’s off-Broadway biting social satire Fat Pig.

‘I remember sitting in that theater bawling my eyes out,” recalls the Fort Lauderdale actress. “I’said to my friend, ‘If there was ever a role I relate to’.’ There was just something about her,’ Rolff said.

‘I started looking for regional productions’ of it to audition for. ‘I was thinking maybe someday I’ll get to do it in Alaska.’

Not quite. This spring, Rolff will have the starring role in the show’s first New York revival and it’s bow on Broadway, directed by the playwright and starring alongside Josh Hamilton, Dane Cook and Julia Stiles.

Rolff, who is currently back home playing in the ensemble of the road company of Les Miserables at the Broward Center for the Performing Arts, is beyond ecstatic.

‘This is the most exciting thing to ever happen to me,’ Rolff said.

Fat Pig, which savages stigmas about body image, is considered one of the most sympathetic works to women by a playwright sometimes criticized for his unblinking evaluation of male-female relations.

Rolff was in the early stages of working on Les Miz when she auditioned in December for the role of Helen, a beautiful, bright but overweight woman whose attractive boyfriend is razzed by his friends.

‘In New York, you get categorized as a musical theater person, so to even get an audition, I thought what a great opportunity. I’ll read and nothing will happen.’

She maintained the same cautious attitude in callbacks, but remained jazzed at the opportunity to move further along in the process, even to have a work session on two scenes with LaBute and Hamilton.

Then on Dec. 17 at 4:05 p.m. ‘ you can bet she knows the exact date and time ‘ she was walking in Manhattan toward where she would pick up the Les Miz company shuttle that took the cast to its performances at the Papermill Playhouse in New Jersey.

‘The producer phoned me and said, ‘Thank you for the work you’ve done.’ ‘ She thought that was unusually kind for the producer to call finalists when rejecting them. ‘Then he asked where I was going to be in April and I said with Les Miz in, I think, Baltimore.’

Then it kicked in. ‘I was standing on the corner of West 43rd Street and 8th and just started bawling my eyes out.’

Rolff was born in New York, but moved with her family to Fort Lauderdale when she was three years old. She graduated from Cardinal Gibbons High School in 1994 and earned a BFA upstate. Her parents lived here until a year ago when ‘in reverse retirement’ they moved back to New York.

Through the second half of the 1990s, she worked regularly in local musicals, several at the Hollywood Playhouse including The Fantasticks and Theda Bara and the Frontier Rabbi.

The show opens in previews April 12 and opens April 26 at the Belasco Theater.