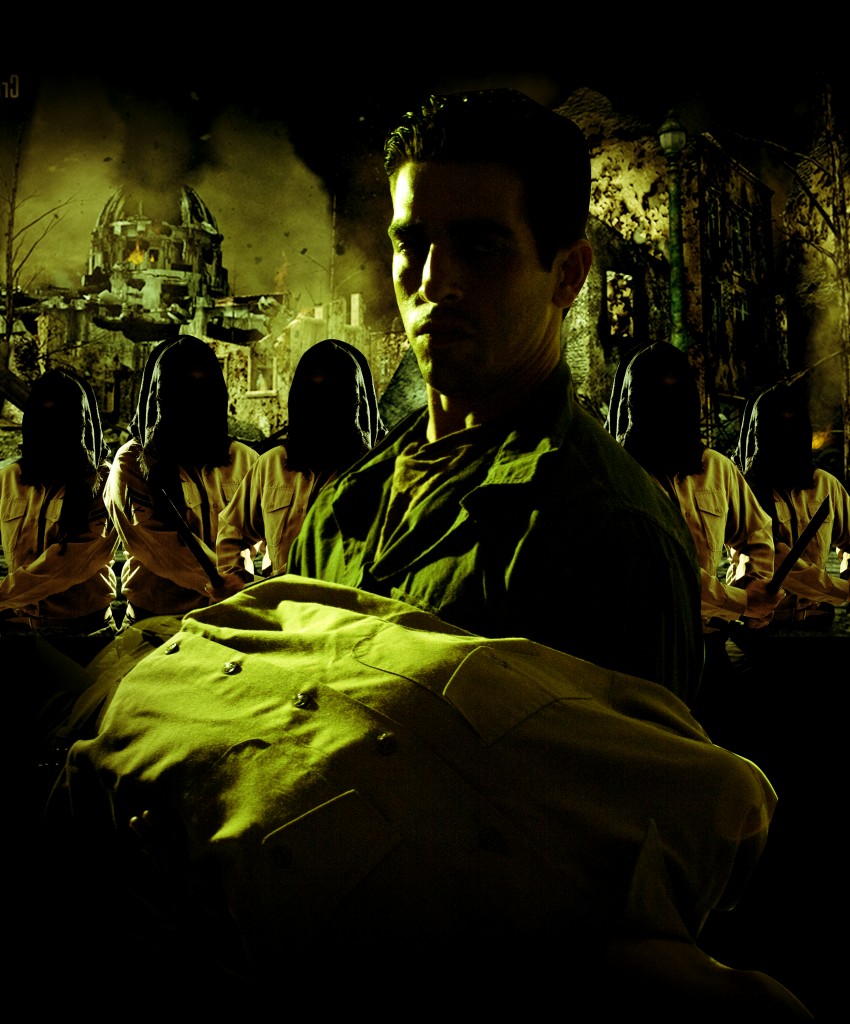 After many months wandering in the wilderness, the critically-acclaimed but homeless Ground Up & Rising troupe has resurfaced with an upcoming season featuring one black box play, two free cut-down versions of Shakespeare classics and pop-up street performances as part of a brand-building resurrection.

It’s the first step in a Zero Point Project to raise public awareness of the company’s existence and its cutting edge style, Artistic Director Arturo Fernandez Rossi said in an interview Tuesday. “We’re trying to build future audiences and build a buzz  by creating something different, something accessible for Gen X,Y and Z audiences.”

In an email, he wrote, “As you have seen, numerous wonderful South Florida theatre companies have gone bankrupt or closed their doors in the past few years. These tragic losses have been sad and harrowing for the community, but it has especially hit home with the scrappy, smaller companies that are fighting to stay afloat in these tough times. Through a fiscal philosophy founded on prudence, the organization has remained deficit-free. While this philosophy has kept us dark for some time, it has allowed us to retain the prospects for a bright future rather than closing our doors.”

He wrote, “We will be going to simultaneously reach both the avid theatre patron and the non-theatregoer, continue to cultivate the critical younger – and future –  audience in an art form whose consumer base is traditionally older.”

The Miami-based theater and film company was founded in 2005 by a multi-ethnic group headed by actor-director Fernandez. But its success has been hampered by never having even a semi-permanent home. Despite its nomadic existence, always operating on financial fumes, Ground Up has frequently produced artistically-admired work notable for gritty, visceral performances. Its strongest single season came in 2009 when it mounted On An Average Day, Martin McDonagh’s The Pillowman, Stephen Adly Gurgis’ Jesus Hopped the “A” Train and the stunning The Hate U Gave: The Tupac Shakur Story, written and performed by Meshaun Labrone Arnold.

Fernandez, who has studied business economics, is leading the company’s efforts to change its fiscal structure. Previously, Ground Up has relied on income from outside contracts such as its members teaching and taking film/television projects to subsidize its bottom line. For instance, Fernandez has a recurring role on Burn Notice as the hapless street punk Sugar. But going forward, Ground Up will be trying to be supported primarily by ticket sales.

The first step is the free shows. Ground Up has planned a second free adaptation by Belz of Macbeth and fully-staged paid-admission production of John Patrick Shanley’s Danny and the Deep Blue Sea at a location to be determined. Additionally, to get attention, cast members intend to “pop up” to perform scenes from the plays in locations from parks to the beach to a Metrorail car.

First up is Julius Caesar. While keeping Shakespeare’s language, Belz has moved the action to “an unnamed country whose political future is mired in a morally tenuous, political ambiguity that simultaneously shows shades of a militaristically-driven totalitarian regime, and the fading, but still resonant embers of a populace who ostensibly desires the freedoms of democracy,” a news release stated.

The production will be directed by Arnaldo Collin Carmouze and star Belz, Carmouze, David Gallegos and Jenny Lorenzo.

This entry was posted in News and tagged Arturo Fernandez, Ground Up & Rising. Bookmark the permalink.