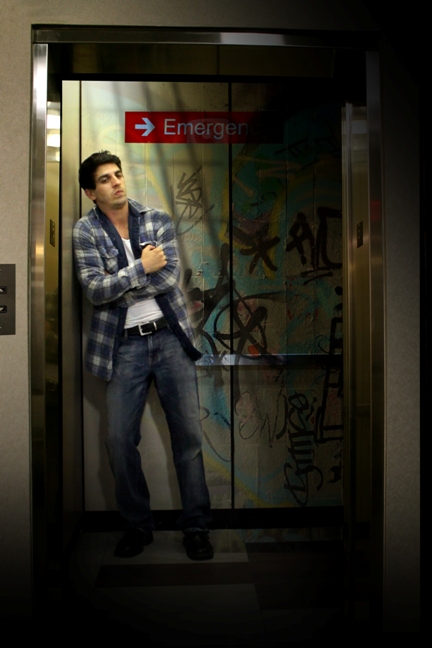 Founder Arturo Rossi wrote that Ground Up “seeks to present powerful art in its purest, rawest form… (a) high quality, enthrallingly potent theater with a minimalist aesthetic, focusing only on telling a riveting story through a fascinating, memorable performance. It is engaging, thought-provoking theater that aims to attract a broader, younger audience base beyond the traditional theater patron.”

The first production is Ground Up’s presentation of Hoch’s Jails, Hospitals & Hip-Hop slated for Mondays and Tuesdays, May 21,22, 27 and 28 at the O Cinema Wynwood, 90 NW 29th St. in Miami. Curtiz Belz portrays an array of marginalized people battling to have their voices heard including a white teenager who dreams of being a black gangsta rapper, a wheelchair-bound kid whose mother smoked crack during pregnancy, a pale-skinned Bronx street vendor enraging a policeman who can’t figure out what race he is, and a young Puerto Rican on crutches who rhapsodizes about his dancing talent. To see a promotional video, click here. http://vimeo.com/64579735

And, Rossi notes, it’s one of the most inexpensive tickets in town at $15 general admission and $10 for students. Tickets can be purchased with cash at the door on the evenings of the performances.