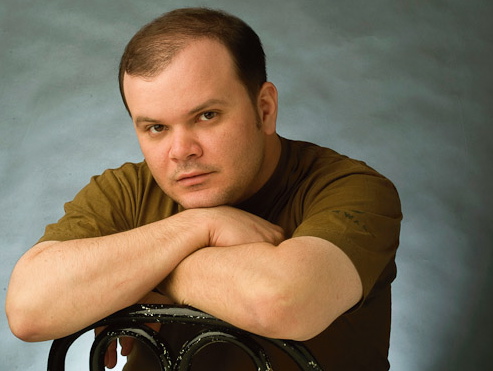 The clich’ of ‘the show must go on’ has taken on a very visceral meaning for South Florida actor Erik Fabregat.

Fabregat was injured in a car accident in Plantation shortly after leaving Thursday night’s preview of Mosaic Theatre’s Completely Hollywood (Abridged), a physical comedy that conflates scores of classic Tinseltown films into one play.

Despite scrapes, bruises and ‘obvious pain in his neck and back,’ Fabregat is insisting that he go on in the opening performance tonight in Plantation, said artistic/executive director Richard Jay Simon.

The show only has three actors playing scores of parts and, as is usual in South Florida theater, there is no understudy.

Simon wrote in an email this afternoon that he was with Fabregat in the emergency room last night and the actor insisted that he go on. ‘He was quite adamant on that point even though I kept reminding him the only thing I cared about was that he was okay.’

The email continued, ‘I always have such great admiration for actors. ‘ He puts the work, the craft, before him and those are traits I find quite heroic. ‘

Fabregat, 38, is one of the region’s best character actors as evidenced by his chameleonic turn as the Looney Tunes-inspired assistant last season in Mosaic’s Why Torture is Wrong and the People Who Love Them.