Janet Dacal Steps In For Ailing Actress At In The Heights

The star did become ill at Actors’ Playhouse’s production of In The Heights and a substitute did go on Saturday night with only a few hours rehearsal, but the classic backstage story had several twists. 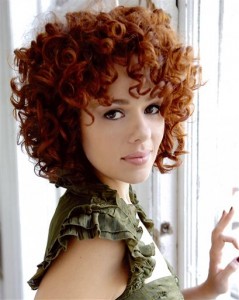 When actress Sarah Amengual became sick this week playing Nina, one of the lead roles, director David Arisco sent out an emergency appeal to Broadway actress Janet Dacal to fly in and fill in the part, said theater spokeswoman Brooke Noble.

Dacal, a former Miamian, had just left town three months earlier after starring in the Coral Gables theater’s The Last Five Years in December. But she was a serendipitous choice. Dacal had played the supporting role of Carla the chatty beautician in the original Broadway production of In The Heights as well as developmental workshops. She returned to the Broadway production after a hiatus to play Nina before the New York run ended.

Stepping in was still a challenge, Nobel said. While Dacal knew the music and the lines, Arisco and choreographer Stephanie Klemons had changed enough of the staging that Dacal got off the plane Saturday and went straight into rehearsals that lasted right up to the curtain rising Saturday night. She was scheduled to continue in the role at Sunday’s matinee and perhaps Wednesday, depending on Amengual’s health. The show is slated to play at through April 7.

Amengual, another former Miamian who had played on Broadway in West Side Story, was feeling seriously ill Wednesday, but she went on in the part. She had increasing difficulty as the week wore on, but most regional theaters in South Florida don’t have the budget to have understudies on standby. For local actors, the show really must go on short of being seriously debilitated.

Finally on Friday, Arisco called Dacal. It was a homecoming of sorts: Dacal is friends with Heights’ alumni Henry Gainza, who plays the Piragua Man, had appeared in some of the Heights’ development workshops with Dacal  and who had appeared with her in her first big role at Actors Playhouse, Four Guys Named Jose…and Una Mujer Named Maria.

This entry was posted in News and tagged In The Heights, Janet Dacal, Sarah Amengual. Bookmark the permalink.