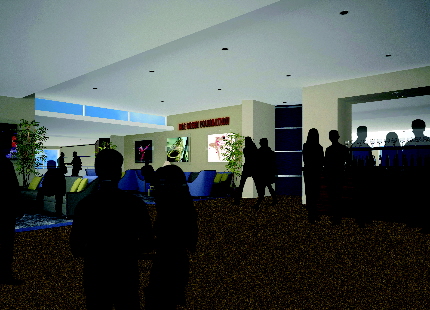 The Maltz Jupiter Theatre plans a massive $2.5 million renovation that will include adding VIP seating, building a more elaborate lobby with 12-foot ceilings, expanding the building itself to the east, adding restrooms and other amenities.

The second largest gift in the theater’s history – a $1.5 million challenge grant from the Roe Green Foundation – is the cornerstone of a fund-raising campaign tentatively slated through March. The theater has an additional $300,000 in prior pledges and negotiations are underway with other donors, but the fund-raising continues to reach the necessary $2.5 million, staff said.

“It’s very ambitious. We definitely have some fund-raising to do,” said Producing Artistic Director Andrew Kato in a phone interview Monday. But he’s optimistic. “We’ll make our goal. “

In fact, architectural plans have been completed by the firm Designel and construction contracts are being bid. Work is penciled in to begin March 28 and be completed in October before the beginning of the fall season, Kato said.

The project has been a long time in the planning, but the scope and the Roe Green grant were announced Saturday at the theater’s 10th anniversary gala. The theater, once the site of the Burt Reynolds Dinner Theater, has been building a national reputation and a strong box office for its lushly-produced mainstream musicals including highly-lauded productions of Crazy For You, La Cage Aux Folles, Hello, Dolly! and The Music Man.

With many current performances selling out, the added 62 seats at the back of the balcony may add as much as $350,000 in net revenue during a season, Kato said.

“With attendance at 97 percent capacity last season, our success has finally caught up to us and confirmed a positive trend at our theatre: the need to grow,” he wrote in a news release.

The two rows of VIP seats in three sections will only be accessible from a private glass elevator to the second floor and lead to a private lounge with separate bar, restrooms and a dining area with catering facilities that can serve 75 people.

The current sound engineer’s station house in that space will be moved into the auditorium where the sound mixer can better hear what the audience is hearing.

Additionally, the lobby will be overhauled with higher ceilings and the men’s and women’s bathrooms with be expanded with more stalls plus walk in entrances like at the Fort Lauderdale airport. A family bathroom will also be added.

The company’s administrative office spread around the facility will be consolidated into space on the second floor except for the facilities manager’s office. 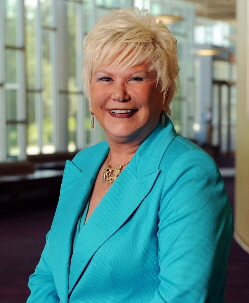 The grant was a linchpin development. “Roe Green has been a major supporter of the theater for the past 10 seasons, and we are so grateful for the opportunity to meet this generous challenge grant,” wrote Tricia Trimble, the Theatre’s managing director in the news release. “We know an expansion is necessary, and the addition of 62 seats in our theater will mean more than 7,000 additional seats per season….”

Green is chief executive officer of the Roe Green Foundation and serves on the Maltz’s  board of directors of the Maltz Jupiter Theatre.  The Jupiter resident also serves on the Kent State University School of Theater and Dance advisory board, the foundation board of Kent State University, the board of Porthouse Theatre and the board of the Cleveland Play House. She is also in the Governor’s International Council of the Shaw Festival in Canada.

She was quoted in the releases as saying, “We – as a community of theatre appreciators, artists, and donors – have been able to achieve so much in a relatively small amount of time.

“Like many others, I have fallen in love with this organization and wanted to do something meaningful to keep it strong…. I hope others are inspired to join me on this new journey that will strengthen the theater’s future.”