Posted on September 9, 2013 by Bill Hirschman 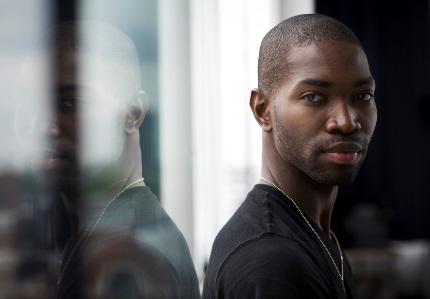 Two performers with Miami backgrounds are among the international cast and creative staff involved in Tarell Alvin McCraney’s production of Shakespeare’s Antony and Cleopatra touring this winter at GableStage, the Royal Shakespeare Company and the Public Theater. 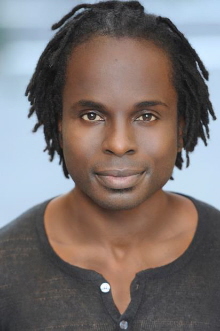 Gelan Lambert Jr., who danced in Miami and around the world in the musical Fela! will serve as choreographer and movement director. Actress/playwright Charise Castro Smith will play the double roles of Iras and Octavia.

All three, including McCraney, were raised in Miami and graduated from the New World School of the Arts’ high school program: Lambert in 1995, Castro Smith in 2002 and McCraney in 1999.

McCraney, who has built an international reputation with his imagistic Brother/Sister Plays, will direct and has radically adapted the script. The first major change has been transplanting the tale to Haiti in the late 1700s when the colonial French were trying to subjugate the indigenous population much as Rome was trying to control Egypt. McCraney created similar adaptations during his residency at the Royal Shakespeare Company in 2009-2011. He directed one of them, a 90-minute Hamlet, last January for GableStage. Both plays are beginning steps toward his dream of creating a permanent Miami-based winter Shakespeare festival, he has said.

He hired the two based in part on shared history.

McCraney wrote in an email Monday, “Gelan taught me west African spiritual dance one summer at the Alvin Ailey American Dance Summer intensive in around 2001 when I was student of Mr. Reginald Yates who also taught at New World for a time.

“I knew him through that experience but I also saw him in the incredible dance history Fela! on Broadway where he was performing. So he was embedded in my mind as a Miami man who knew the direct lineage of Haitian and Caribbean dance and movement and could execute it as well as create it. I thought him perfect as choreographer for this production.”

As for Castro Smith, she “and I went to New World around the same time, and she went to the Yale School of Drama a few years after I had finished. Though I knew her and was aware she was around we didn’t get reacquainted until Heidi Griffiths over at the Public Theater put her on a list of people to be seen. She came in and auditioned and was great.”

Lambert, a native Miamian of Haitian descent, wrote in an email over the weekend: “Tarell reached out to me as the choreographer because of my body of work including being assistant to Master Choreographer/Guggenheim Fellow Reginald Yates and felt I was The Right and Only Person Suitable for this project.”

Lambert wrote, “This undertaking for all those involve is momentous and enthralling, for both history based on Shakespeare and legacy, reflective of Haiti. I’m honored.”

He participated in the Haitian Heritage Month celebration held last May in North Miami and was given a key to the city by Mayor Andre Pierre. He received the National Presidential Scholar Award from President Bill Clinton at the White House and first place in the National Society of Arts & Letters Dance Competition.

Lambert graduated from The Juilliard School with a BFA in dance, and trained further at The Ailey School, Broadway Theater Project, the Joffrey Ballet School and School of American Ballet. He has appeared with rhe Martha Graham Dance Company and Sean Curran Company. Besides Fela!, he has appeared in Fosse’s first national tour, A Christmas Carol at Madison Square Garden Theater, in the Encores production of Golden Boy, the New York City Opera’s Alcina/Turandot, and was a featured performer for Jacob’s Pillow at a Katherine Dunham Tribute. He has presented solo concerts across the country including FIU and the Stella Adler Studio where he was a resident artist. 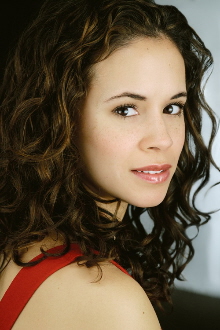 Castro Smith has acted at The Public Theater, the Guthrie, New Georges and The Flea as well as on television in The Good Wife, Body of Proof and Unforgettable. She is a Van Lier Fellow in the New Dramatists playwriting program. She received an MFA from the Yale School of Drama in 2010 and she holds a BA from Brown University.

Her playwriting credits include Estrella Cruz (The Junkyard Queen) at Ars Nova ANT Fest/ Yale Cabaret, Wolves at Jimmy’s 43, Boomcracklefly at The Miracle Theater in Portland, Oregon, and a production next June of The Hunchback of Seville at Brown Trinity Playwright’s Rep/ Washington Ensemble Theater.

Antony and Cleopatra is a $2.3 million co-production of the three hosting theaters with casts and creative staff drawn from both sides of the Atlantic. About 100 people auditioned in Miami for McCraney and the casting director of the Public Theatre. None were hired, although several were seriously considered. Castro Smith and Lambert are based in New York. The title roles will be played by American Joaquina Kalukango and Englishman Jonathan Cake.

It is slated to play Jan.11-Feb. 9 at the 400-seat Colony Theatre in Miami Beach because it has far more seating than GableStage’s home base at the Biltmore Hotel. Before coming to Florida, it will play November at the Royal Shakespeare Company’s smaller venue at Stratford-Upon-Avon, the Swan Theatre, and end its tour at the Public in New York City from Feb. 18-March 23.