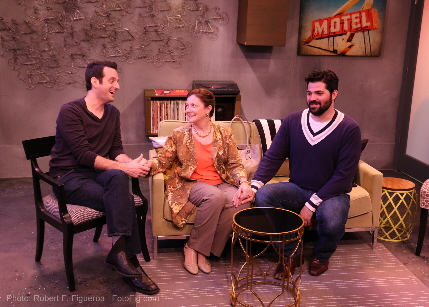 Michael McKeever, one of South Florida’s most popular and acclaimed playwrights, will see what some feel is his finest play, Daniel’s Husband, produced in New York City next year.

Primary Stages, a leading off-Broadway house located in the West Village, announced this week that it will mount the play at unspecified dates in March and April of 2017. It will follow a production slated to begin Sept. 25 at the Penguin Rep Theatre in Stony Point, a suburb of New York City. Both will be directed by Penguin Rep’s artistic director Joe Brancato. 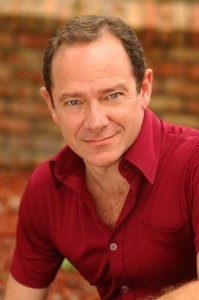 “I am so excited; this came together in about a month,” McKeever said Tuesday.

The play depicts a gay couple deeply in love whose partners differ strongly about the newly-afforded opportunity for legally-recognized marriage. Daniel wants to get married “because we can,” yet Mitchell has politely but vehemently resisted. Mitchell intractably holds forth about the needless affirmation of marriage if a relationship is as true as theirs. When tragedy strikes, Mitchell’s decision has profound and devastating consequences.

The work bowed as a staged reading at Jan McArt’s workshop series in Boca Raton in January 2015. The professional world premiere occurred in May 2015 at Island City Stage in Fort Lauderdale, starring Antonio Amadeo, Alex Alvarez and Laura Turnbull, and directed by Andy Rogow. It was so successful that it was revived with John Manzelli in the lead role last December at the Levis JCC in Boca Raton.

A JCC patron shared the script with Brancato who in turn shared it with a producer associated with Primary Stages, McKeever said.

McKeever said he does not plan to rewrite the piece, but he will possibly tweak it. “We’ll probably adjust it as we go through the rehearsal process. There will be wonderful insights from the people I’m dealing with.”

Besides his work as a set designer, poster artist, producer and actor, McKeever has written at least 16 short plays and 23 full-length plays including 37 Postcards, Suite Surrender, Charlie Cox Runs with Scissors, Stuff and Melt, produced at Florida Stage; Marin Theatre Company outside San Francisco; Hudson Stage Company in Armonk, New York;, Phoenix Theatre in Indianapolis and the Caldwell Theatre Company in Boca Raton. His comedies have played in European theaters including Komödie Dresden in Dresden, Och-Teatr in Warsaw and Theater in der Josefstadt, Kammerspiele in Vienna.

He is a founding member of Zoetic Stage in Miami which has produced his Moscow, South Beach Babylon and Clark Gable Slept Here.

This entry was posted in News and tagged Daniel's Husband, Michael McKeever. Bookmark the permalink.