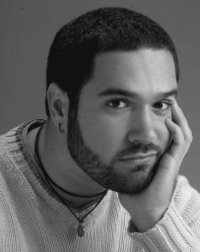 Miami playwright’Marco Ramirez confirmed that he has been commissioned to write a ten-minute play for the 2011 Humana Festival of New Plays’ apprentice anthology program.

The month-long festival presented by the Actors Theater of Louisville is one of the country’s leading producers of new work outside New York City. Attended by actors, directors, producers and theater fans from around the world, Humana’s lengthy schedule is famous for its world premiere productions of full plays. Among the plays getting their first productions were’‘night Mother, Dinner with Friends, The Gin Game and Crimes of the Heart.

But there are smaller programs such as the apprentice program that hired Ramirez. For this production, five playwrights will create short plays and monologues, riffing on the same theme for Actors Theatre interns to perform in one blended 90-minute show from March 18 to April 3.

This year’s theme is The Apocalypse ‘which is perfect for me,’ Ramirez said with a laugh. His plays have been noted for a comic book and rock n’ roll sensibility that encompass plots such as a rock star who made a deal with the devil and a werewolf stalking a rural town.

It will be the end of world — but with a beat. ‘I’m going to try to write something with music,’ he said.

Ramirez, who has a local reputation for pushing deadlines, is making four trips to Louisville over the coming months to watch the play in workshops and then fine-tune the script.

This will be Ramirez’s third work for the festival. His plays,’3:59 a.m.: a drag race for two actors and’I Am Not Batman were produced at the festival’in 2006 and 2008 in the Ten-Minute Plays program which draws from hundreds of submitted scripts.

Although he’d never turn down the opportunity of writing a full-length work for the festival, ‘there’s a little less pressure’ in this program.

That’s a good thing because it will be a busy 2011 for Ramirez. In January, he resumes his duties as a staff writer on the FX Channel’s television series’Sons of Anarchy,and Broadsword gets its third production at the Actor’s Express Theatre Company in Atlanta. He’s also been commissioned to write a play for the Children’s Theater of Charlotte in North Carolina that presents lushly produced plays akin to The Playground Theater in Miami Shores. Last summer, he wrote the book for the children’s musical’Camp Kappawanna for City Theatre’s’Summer Shortsprogram in Miami.