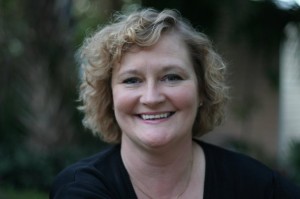 Although the job is open-ended, it’s initially on a one-year mutual trial basis because Barnett has numerous commitments around the country and in Florida as a theater consultant continuing through this coming season.

Barnett has known Actor’s Express’ artistic director Freddie Ashley for about five years through their mutual service with the National New Play Network. She is a former president of the organization, which develops new works and arranges multiple consecutive productions.

“I’m thrilled to be here,” she said by phone Tuesday. “This has always been one of my favorite companies to watch and now I get to be here every day.”

Since Florida Stage folded in June 2011, Barnett has been working primarily as a consultant, writing articles, speaking at workshops and serving on national committees.

An Actor’s Express statement read, “The Board of Trustees and the search committee feel very strongly that Nan brings the executive level expertise required to move the organization forward and into its next quarter century.” Ashley wrote, “She is fiercely smart — and one of the great advocates for new plays in the American theater.”

Her selection capped a national search. “Nan is not only a person of national prominence in the theatre world,” wrote Bruce Cohen, board chair. “She is also fiscally astute and understands the importance of financial stability in this ever-shifting environment of the arts. Nan is brilliant, energetic and team-oriented. She will be a powerful advocate for our company and a wonderful addition not only to Actor’s Express but to Atlanta’s supportive artistic community as a whole.”

An actress as well as a business manager, Barnett was a founding company member of Florida Stage when it began in 1987 and rose in its management chain  as it became one of the country’s leading developers of new works. She also was among the staffers planning ways to keep the financially-strapped company afloat despite a seven-figure debt that had grown over the years. Barnett wrote an essay for the Howlround website last fall, detailing the end of Florida Stage. (Read her September essay by clicking here.)

A graduate of North Carolina School of the Arts, she also served on committees and panels for the National Endowment for the Arts, National Alliance of Musical Theatres, the League of Resident Theatres, Theatre Communications Group, the Kennan Foundation, the Shakespeare Theatre Association, the O’Neill National Playwrights Conference, Florida Professional Theatre Association, and Florida’s Division of Cultural Affairs, among others.

Barnett’s husband, actor Gordon McConnell, will be staying in Lake Worth while their son Hunter finishes his senior year of high school, but she plans to be shuttling back and forth a great deal. Barnett and McConnell have been working for several months to develop AirPlayz, a group that produces live, audience participation-driven performances of radio scripts.

Actor’s Express was founded in 1988 and currently operates with a $700,000 a year budget in a 180-seat space inside the King Plow Arts Center, a sprawling complex converted from a former plow factory. Ashley has been artistic director since 2007.

The company’s website cites its primary goals: “to nurture the next generation of playwrights through workshops, readings, and full productions of new plays; to develop and nurture Atlanta’s artistic community through rigorous theatre training; to catalyze the dialogue essential to the vitality of our neighborhood and our city; and to enhance Atlanta’s reputation nationally as a thriving center for live performance.”

This entry was posted in News and tagged Florida Stage, Nancy Barnett. Bookmark the permalink.