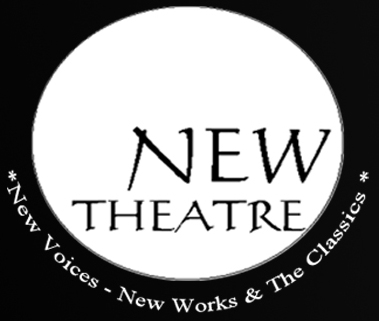 New Theatre, which weathered eviction from its Coral Gables home late last year, has announced two world premieres and a late night program as part of its upcoming season at its new home at the Roxy Performing Arts Center. But none is likely to be a work by Shakespeare because of the economic burden of the Bard’s large casts, said Managing Director Eileen Suarez.

The season will begin Sept. 7-23 with Happy, the premiere of a work by Robert Caisley whose Winter received its first full staging at the theater last February.

New Theatre championed Caisley’s new play in a staged reading last November at the National New Play Network’s National Showcase. Happy is being proposed for NPNN’s program of “rolling world premieres,” meaning that four theaters pledge to give a new work a full staging, thereby allowing the playwright to fine-tune or even overhaul the work.

The NPNN website describes the play this way: “Alfred is happy about his life. He’s happy with his job. He’s happy with his 14-year marriage. He’s even happy raising his special needs daughter, who’s confined to a wheelchair. But when his Bohemian artist best friend Eduardo invites him to dinner to meet the latest woman in his life, a dour 22- year-old art student suspicious of anything ‘upbeat,’ things spin out of control. Alfred begins to doubt the authenticity of his happiness, and in turn, makes everyone’s lives utterly miserable. Happy is a play about how vicious and enviable we can be of people possessed with a natural joie de vivre.”

The other premiere, Road Through Heaven, was written by New Theatre’s Artistic Director Ricky J. Martinez and is scheduled for February 1-17.

Set on an island in the Caribbean, this play uses magical realism to explore the poetry of life and death, the responsibilities of friendship, and the determination of willing dreams into realities. Martinez has said of the work, “What would we do to stay embraced by love, to bathe in its truth, to understand its unconditional core, to live in its heaven? For an orphan coming-of-age, haunted by his past, this haven of love dwells in a humble home where he is bound by a lovers’ triangle. Yet, within the walls of paradise, the secret seed of a curse is growing and threatens to be birthed.”

The play received a staged reading June 4 at Teatro Paraguas Studio in Santa Fe, New Mexico, and another by Repertorio Espanol June 2006 at Shotgun Productions in New York City. While it is not certain whether or not Martinez will direct it, he prefers to have a fresh set of eyes staging his work, Suarez said.

The rights to two other “classic plays” are under negotiation for November/December and April/May.

In past years, New Theatre has mounted six full productions in its mainstage season. But this coming season, the schedule will be split into four traditional productions and a new second series called BOOMFROG!

BOOMFROG! will be two edgy works performed later in the evening to attract a younger crowd, including the collegians across the street at Florida International University. The exact titles are still being negotiated, possibly some new works, possibly some which have been done before. The shows are scheduled for Oct. 19–27, 2012, and March 15- 23, 2013.

“There’s a huge population of younger potential theatergoers,” Suarez said. “We want to maintain the kind of shows our core audiences expect, but we also want to bring shows that a little more accessible and enjoyable to a younger generation.”

But missing from the season will be Stratford’s favorite son. Ever since founder Rafael de Acha mounted Hamlet in 2002, the theater has produced as many as three Shakespeare plays in a season, usually during the summer. Suarez is not permanently abandoning the Bard, she said, but the large casts in tight economic times make Shakespearean productions fiscally daunting.

New Theatre is currently in rehearsals for its June 8-24 production of Nilo Cruz’s A Bicycle Country with a cast that includes Martinez, Charlie Sothers and Evelyn Perez. Literary Manager Steven Chambers is directing.

All performances will be held at The Roxy Performing Arts Center, 1645 SW 107th Avenue in Miami.