The six programs will also feature presentations on Eugene O’Neill, Rodgers & Hammerstein, and a roundtable discussion with four directors.

Presentations may include video clips and/or scene readings. Audiences are invited to participate in a question and answer session at the conclusion of each event.

All programs are at 2 p.m. and 7 p.m. on Tuesdays, except for the Tommy Tune interview, which is on a Monday. A subscription to the entire series is $90. Individual tickets are $20. For ticket information contact the box office at (561) 514-4042, or visit www.palmbeachdramaworks.org.

Please note, this program will not include a performance. 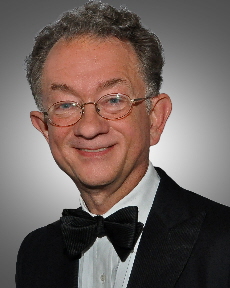 Give Us Your New Plays

City Theatre is looking for short plays (up to 10 minutes) for its 2016 production of the Summer Shorts Festival and other programming through its annual City Theatre National Award for Short Playwriting. Submissions will be accepted from August 30 – September 30.

City Theatre staff will select up to 25 plays for special recognition. The National Award Winning Play will be produced in the annual Summer Shorts Festival and the winning playwright will earn royalties, a cash prize of $1,000 and be invited to Miami for the festival. Finalists are awarded a certificate, are invited to Miami to attend the CityWrights Professional Weekend for Playwrights and have the opportunity to hear a reading of their Finalist Script (subject to scheduling).

Detailed submission details are at http://citytheatre.com/pages/?page_id=3136

Do you want to see theater and other cultural events for free? Want to help promote the arts in the community? Got some free time? The Kravis Center for the Performing Arts is seeking volunteers as ushers, tour guides and workers in data entry, the gift shop, the education department and the administrative offices.

The next Volunteer Orientation will be held at the Kravis Center’s Rinker Playhouse on Thursday, September 24, at 10 a.m.

Anyone interested in becoming a volunteer is encouraged to download a printable Volunteer Application, fill it out and mail to: Volunteer Program, Kravis Center for the Performing Arts, 701 Okeechobee Blvd., West Palm Beach, FL 33401.
The application is online at Kravis.org. Click the section marked “Play a Part.” For more information, please call (561) 651-4294.

Heading Up
Rob Steele has been named president and chief executive officer of Delray Beach Center for the Arts, succeeds longtime CEO Joe Gillie, whose last day is September 30.

Steele spent the last 10 years as executive director of the Williamsport Community Arts Center, a 2,100-seat, state-of-the-art performing arts center in Pennsylvania that bills itself as “one of the top venues on the Eastern Seaboard.”

Under Steele’s leadership, the Community Arts Center implemented event analysis and fee negotiation practices, marketing strategies and guest service enhancements that effectively doubled ticket sales in only two years; initiated a community outreach that increased the number of local and regional partners from 10 to more than 200; facilitated a systematic upgrade of all technical systems and protocols; and successfully devised an endowment campaign in 2010 that generated more than $5 million in gifts and bequests.

Prior to moving to Pennsylvania, Steele spent five years as executive director of the 576-seat civic auditorium in Tecumseh, Michigan, and had previously been both a successful restaurateur and an executive vice president of a Michigan-based national bank & trust.