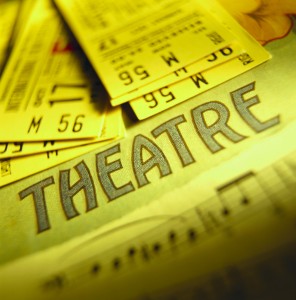 You May Not Have Heard

Several productions from smaller companies are scheduled to open in the next two weeks.

—South Florida theater often seems aimed at people under 30 or over 70. The new Pigs Do Fly company believes a vibrant audience exists in between. It’s inaugural production running May 1-11 is Fifty Plus – A Celebration of Life… As We Know It. The production features seven 10-minutes plays that fit the mission of this company: “plays that highlight the actor over 50 as a viable, fully involved, full of life character; and to appeal to the 100 million plus Americans who are over age 50.” Playwrights include Marjorie O’Neill-Butler, Mike Vogel, Joan Broadman, Steve Korbar, David Susman, Rebecca Gorman O’Neill and Rich Rubin. Directed by O’Neill Butler and Beverley Blanchette. The show will be held at Empire Stage in Fort Lauderdale. For more information, visit www.pigsdoflyproductions.com
or call (866) 811-4111.

—Some people love him, some hate him, but the music of Andrew Lloyd Webber is everywhere, and beginning Thursday, it will be at The Plaza Theatre in Manalapan with a trio of first-rate singers.  A Tribute To Andrew Lloyd Webber With Music of the Night plays April 24 – May 11 starring Wayne LeGette, Laura Hodos and Ann Marie Olsen. It’s directed by Amy London with music direction by Mark Galsky. For more information, call (561) 588-1820 or visit.

—Twice-Carbonell nominated playwright David Michael Sirois is one of the region’s admired playwright. One of his early works, Secrets of the La Croix, is being mounted April 25-May 18 at Main Street Playhouse, a community theater in Miami Lakes. The plot is described as depicting “a day in the life of Roger La Croix. Roger doesn’t know it yet… but he’s about to have the worst Thanksgiving Day of his life. At first he thinks just his precious little TV is broken. But after his son comes home from college with a secret, a whole family’s worth of secrets are revealed, and this holiday begins to unravel faster than he could have ever imagined. This comedy about the La Croix Family Thanksgiving isn’t a holiday… it’s a war” For more information, call (305) 558-3737 or visit www.mainstreetplayers.com.

Local theater doyenne Iris Acker is being honored Sunday afternoon with the 18th annual Breaking the Glass Ceiling Award established by the Jewish Museum of Florida.

The award recognizes  Jewish women in Florida who have broken the proverbial glass ceiling in professional fields that are normally dominated by men. Nominees are also judged based upon activities in the Jewish and civic communities and serving as role models for other women.

Acker, an actress, director and producer, is being cited for serving nearly 30 years as executive producer and host of the local arts program On Stage with Iris Acker and currently Spotlight on the Arts. She was also the first woman president of the South Florida Chapter of the American Federation of Television and Radio Artists (AFTRA), in an era before women were accepted within these organizations’ leadership roles.

Island City Stage has added one last performance of its comedy Have I Got A Girl For You at 8 p.m. Sunday because it has sold out the rest of its regular run. Visit islandcitystage.org or call 954-519-2533.

Boca Raton Theatre Guild has postponed until next season its production of Everyday Rapture, originally slated to open tonight (Thursday).