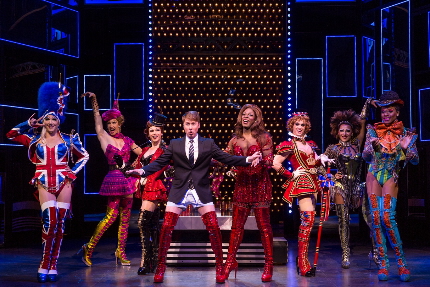 The cast of Kinky Boots lets it all go, part of next season’s Broadway Across Fort Lauderdale series / Photo by Matthew Murphy

A little quiet carping could be heard in theater lobbies this season about seeing the third returns of some Broadway touring shows to South Florida and resistance to some offerings that are almost too familiar classics.

Four of the six shows slated for the 2015-2016 Broadway Across Fort Lauderdale season earned Tony Awards in just the past few years, and two of them will be seen for the first time in South Florida in the series at the Broward Center for the Performing Arts. Two of them are still running on the Great White Way.

The line-up unveiled this weekend touts Kinky Boots, Newsies, How The Grinch Stole Christmas, Dirty Dancing, Once and Beautiful – The Carole King Musical.

Oct. 6–18: Once, is a stunning and surprisingly moving musical based on the
romantic film about a Dublin street musician who’s about to give up on his dream when a beautiful young woman takes a sudden interest in his haunting love songs. It won eight tony Awards including an upset win for best musical over Newsies. The lovely score is performed by the acting company in an on-stage pub by the acting company. Patrons can come up on stage before the show and during intermission to imbibe wine, beer and soft drinks. To read our review of the tour stop at the Arsht a year ago, click here.

Nov. 17–29: Disney’s Newsies, just finished getting audiences to give standing ovations in its run last month at the Arsht. It may have lost the top slot to Once, but it took the best score award and justifiably won the Tony for best choreography, the outstanding virtue of this energetic dance show based on the pop movie musical about a newsboys’ strike. To read our review of its Arsht visit, click here.

Dec. 15–27: Dr. Seuss’ How The Grinch Stole Christmas! is a full musical based on the beloved animated television special about the mean and scheming Grinch, whose heart is “two sizes too small,” and who decides to steal Christmas away from the loveable Whos.

March 1–13, 2016: Kinky Boots won six musical Tonys in 2013 including best musical, best score for Cyndi Lauper, best actor for Billy Porter and best choreography, plus a nomination for best book by Harvey Fierstein. It tracks a young man who inherits his family’s struggling shoe factory and who works to turn his business around with help from Lola, a fabulous drag entertainer in need of some sturdy stilettos. This marks the first time the tour has played in South Florida and the original production is still running on Broadway 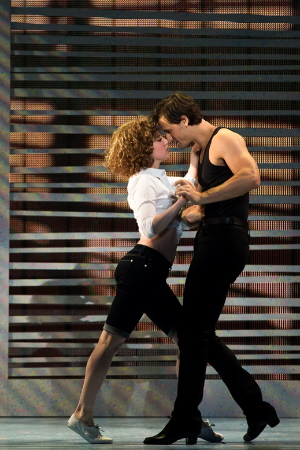 April 12-4, 2016: Dirty Dancing – The Classic Story On Stage: Recreates the venerable coming-of-age film in a stage version, which retains all of the hit songs (including “I Had The Time of My Life) and the iconic red hot sexually-charged choreography. Set in thesummer of 1963, it charts the romance of 17-year-old Frances ‘Baby’ Houseman on vacation in New York’s Catskill Mountains and the resort’s studly dance instructor Johnny Castle

May 10–22, 2016: Beautiful – The Carole King Musical surprised observers last season as the breakout hit, sinking itself into the hearts of Baby Boomers who cherish King’s music as the soundtrack of their lives. Its original star Jessie Mueller won the Tony for best actress, but the show itself was praised as it charts King’s life as she and various writing partners work their way from the Brill Building to the top of the charts. Again, this marks the shows first appearance in South Florida and it is still playing on Broadway.

Season tickets for the six-show package range from $199 – $597. Visit BroadwayInFortLauderdale.com. Subscribers may also call (800) 764-0700 Monday through Friday, 10 a.m. – 5 p.m. Visit www.BroadwayAcrossAmerica.com for the most up-to-date information. Information about single ticket sales will be announced later in the year. 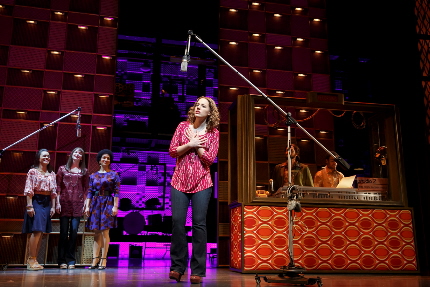 This entry was posted in News and tagged Beautiful: The Carole King Musical, Broadway Across Fort Lauderdale, Broward Center for the Performing Arts, Dirty Dancing, How The Grinch Stole Christmas, Kinky Boots, Newsies, Once. Bookmark the permalink.