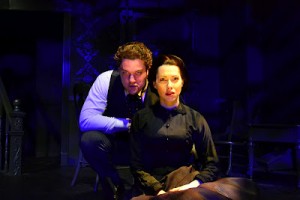 —Illness delayed the opening of Naked Stage’s production of The Turn of the Screw at the Pelican Theatre at Barry University. But it’s ready to go with a run now scheduled for July 27-Aug.12.

—Ten alumni and current students from New World School of the Arts high school have created the Our Stage Theatre Company this summer and will present a series of one-act plays they wrote in a one-night production called Short Play Soiree at 7 p.m. Monday, July 23, at GableStage in Coral Gables.

A news release states that the group aims “to promote awareness of social issues through theater while educating the community and demonstrating that theater is an art form that holds no prejudices and welcomes creativity and endurance regardless of race, sex, or age.”

—Another staged reading: the musical Borscht Belt Bistro by Carol Mendelson and Ken Mazur will be presented at 7:30 p.m. Monday, July 30, and 2 p,m. Tuesday, July 31, at The Plaza Theatre in Manalapan. Andy Rogow directs a cast that includes Avi Hoffman, Missy McArdle, Zoey Burger and  Ilene Kristen, who has acted on One Life To Live, Ryan’s Hope and portrayed Patty Simcox on Broadway in the original production of Grease.

The show is described in a news release as a flashback told by Lena to her granddaughter, Molly.

The 17-year-old Lena and her family arrive in the United States from Russia and live in a cramped apartment in New York City with her parents, her father’s brother and his wife. Lena finds her love of music at a young age and uses her talent to help to support her family. Her singing catches the attention of not only” good guys,” but also gangsters. She becomes a legend on the streets and gets mixed up with Jewish mob boss, Maxie. Lena’s uncle takes on Maxie by opening up The Borscht Belt Bistro.
Tickets are $10. For more information, or to purchase tickets, call (561) 588-1820 or visit www.theplazatheatre.net. Warning: The Ocean Boulevard bridge over the Intracoastal is closed, so approach on A1A from the north or south.

—And one more staged reading, the last in a series of fund-raisers for the fledgling company Outré Theatre Company. This one is Dog Sees God: Confessions of a Teenage Blockhead at 8 p.m. Tuesday, July 24, at Empire Stage, 1140 N. Flagler Drive in Fort Lauderdale, part of Conundrum Stage’s Ghost Light reading series.

The irreverent comedy-drama loosely and unofficially based on the Peanuts comic strip is described as: “When CB’s dog dies from rabies, CB begins to question the existence of an afterlife. His best friend is too burnt out to provide any coherent speculation, his sister has gone

Testing this all. This could be very promising to know which of these will work best? 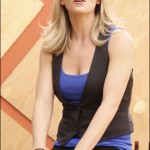 goth, his ex-girlfriend has recently been institutionalized, and his other friends are too inebriated to give him any sort of solace. But a chance meeting with an artistic kid, the target of this group’s bullying, offers CB a peace of mind and sets in motion a friendship that will push teen angst to the very limits. Drug use, suicide, eating disorders, teen violence, rebellion and sexual identity collide and careen toward an ending that’s both haunting and hopeful.”

Admission is free, but donations are sought. For more information visit Outrétheatrecompany.com.
Outré has also announced its first fully-staged show for its inaugural season, the cult musical The Wild Party, tentatively slated to open Nov. 23 at a location to be determined.

—Reminder: Veteran local actor and teacher David Kwiat is reading his own poetry from his book, A Traveler in Residence, at 7:30 p.m. July 31 at GableStage. Admission is free.