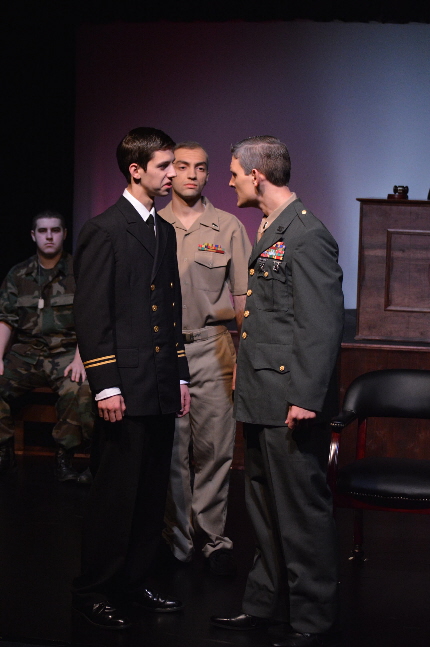 Students from Archbishop McCarthy High School in a scene from A Few Good Men, judged best play in the Cappies Tuesday

The Critics’ Awards Program, or Cappies, recognizing outstanding achievement in high school theater at the 13th Annual Cappies Awards Gala were held Tuesday at the Broward Center for the Performing Arts.

The ceremony modeled after Broadway’s Tony Awards featured songs and scenes from the top-nominated shows and recognized the best in high school theater in 42 categories encompassing awards for performers, designers, technicians and critics from 23 public and private schools throughout Broward and Palm Beach County.

Cappie Award winners are determined by votes from the students through a weighted peer review voting process. Nominations are made by student critics from participating schools who attend productions at rival schools and write reviews, which are then edited by theater educators and published on FloridaTheaterOnStage.com.

The Sagemont School – The Miracle Worker
Lead Actress in a Play: Erica Merlino