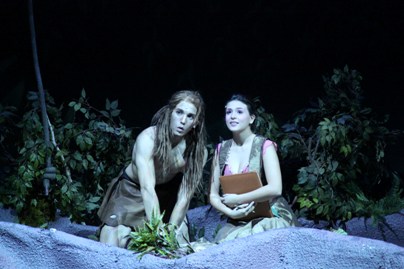 J.P. Taravella took home the most awards with eight for its production of Leading Ladies, which won more awards than any other production including Best Play.

University School of Nova Southeastern University had the most honored musical production with five awards for Tarzan The Stage Musical including Best Musical.  The school also received one of the awards for criticism.

Award winners were determined by votes from the students themselves through a weighted peer review voting process.

The ceremony, which includes scenes from nominated productions, was presented at the Broward Center for the Performing Arts, which has hosted the awards since the South Florida chapter was founded in 2002 as a part of the national non-profit organization honoring theater programs.

The winning schools and their major production of the year were:

Coral Glades
(Midsummer/Jersey)
Ensemble in a Play: The Hairdressers

Pompano Beach
(As You Like It)
Male Vocalist: Nicholas Guinta

West Boca
(9 to 5 The Musical)
Lead Actress in a Musical: Jade Zaroff