As we’ve said, this is the summer of free staged readings of works in progress and works being considered for future production. There’s two more intriguing entries slated for Monday night the 5th. 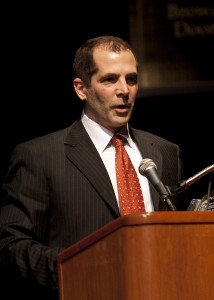 The Naked Stage, WLRN and the South Florida Theatre League present three short plays by one of the region’s leading playwrights, Christopher Demos-Brown  (Captiva, When The Sun Shone Brighter) are slated tp be presented for 7:30 p.m. at Barry University’s Pelican Theatre, 11300 NE 2nd Ave. in Miami.

The work is described as “a darkly hilarious play about the cannibalistic nature of storytelling in the theater. What starts as a behind-the-scenes comedy in which the only thing growing is tension, quickly climaxes into chaos as the artists are made to face their darkest emotions.”

The production begins at 7:30 p.m. at GableStage is located in the eastern section of the Biltmore Hotel, 1200 Anastasia Avenue, Coral Gables. Admission is free. Free parking is available in the Biltmore parking area west of the hotel.