What continues to enchant critics who have to see more productions of Steel Magnolias than most civilians is what a truly funny, finely observed and genuinely touching script that Robert Harling constructed back in 1987.

What’s different about Andrews Living Arts Studio’s uneven new production is that, atypically, it’s the pathos that works far better than the comedy. 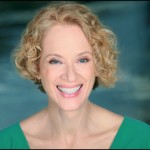 When actress Lory Reyes’ stoically cheery M’Lynn finally cracks at a seemingly unendurable tragedy, it’s impossible not to feel a rending empathy. And when the six denizens of Truvy’s Beauty Salon stand together in sisterhood, hope glimmers for humanity’s resilience.

At the same time, Magnolia requires whip crack comic timing to make the most of Harling’s snappy repartee. That’s sorely missing from this production. The actresses are noticeably a second late in picking up their rejoinders most of the time. A few don’t have the lines memorized well enough to effortlessly spin the jousting banter. That robs the evening of the crucial electricity in the stretches when Harling’s wordplay is its primary strength.  It gives the entire outing a whiff of amateurism in an ostensibly professional production.

Some sophisticates roll their eyes at the very mention of the show, writing it off as the ultimate chick flick memorialized by the star-studded 1989 film. But the fact is that the stage play is terribly funny, classically-constructed and endearing. Harling stirred together a pungent stew of droll humor and unabashed sentiment. As a craftsman, he smoothly wove in crucial off-stage exposition with the audience hardly sensing a speed bump, something many accomplished playwrights can’t achieve.

For the 37 people living in a Moravian suburb for the past quarter-century, Steel Magnolias focuses on a knot of close-knit women in a small Louisiana town who gather regularly at Truvy’s Beauty Salon to dish the news as much as a shampoo-and-set during the mid-1980s. As one says, “If you can’t say anything nice about anybody, come sit by me.”

The crew is headed by the chatty and nurturing Truvy (JoAnn Bromley) who has taken under her wing Annelle, a beauty school graduate with a secret (Cristina Flores). The topic today is the imminent wedding of the dewy deb Shelby (Yanina Aranes), the daughter of salon regular M’Lynn (Lory Reyes). The groom “is from a good old Southern family with good old Southern values: You either shoot it, stuff it, or marry it.” It’s a world in which women’s strength is a truism that needs no mention, although there’s plenty of good-natured but rueful jibes about husbands’ unintentional thoughtlessness and uselessness in a crisis.

As Shelby gets prettied-up for the nuptials, the salon is visited by M’Lynn herself, the wealthy tart-tongued Ouiser (Elli Murray) and the late mayor’s widow Clairee (Norita Bandel) who loves firing off a wisecrack at Ouiser’s expense. What director Nikki Lucier gets right is that these quirky women, writ a bit larger than life, are not played as cartoons but real people.

Over the course a year, the women rely on their wit and friendship to cope with celebration and tragedy toward a resurrection that underscores the inner resources that these women conceal under frothy, even flighty exteriors.

Reyes is the most polished and potent actress of the sextet, especially in her private scenes with her daughter and her meltdown in the final scene. But it’s Aranes who energizes the show when she enters a scene, especially her first appearance when she actually twirls into the room. With an audience that knows what coming (who doesn’t), she nearly pulls off the heartbreaking prophetic line, “I’d rather have thirty minutes of wonderful than a lifetime of nothing special.” Murray fits comfortably into the role of a curmudgeon with a heart who has Harling’s gift-wrapped zingers like “Don’t try to get on my good side; I don’t have one.”

One interesting casting choice was Bandel, an African American woman. Of course, no one would suggest this is an exclusively white play: Lifetime television network has slated a new version to be broadcast Oct. 7 with a cast that includes Queen Latifah, Phylicia Rashad, Condola Rashad, Alfre Woodard and Jill Scott.  No one can doubt that group will nail the show to the wall.

On a technical side, the uncredited person who supervised the costumes (likely from the actresses’ closet) selected pitch perfect character-exposing outfits ranging from Truvy’s alligator pants to Clairee’s quietly elegant suits.

You have seen or will see a stronger production, but this is one of the better offerings from Andrews Living Arts which has exquisite taste in choosing shows (Angels In America, Equus, Avenue Q) but often struggles to pull off its vision.

Backstage notes: Since writing Magnolias as his first play (a therapeutic memorial to the devastating loss of his sister) Harling has mostly worked in Hollywood as a screenwriter (The First Wives’ Club and Soapdish), director and script doctor. Last winter, he was the executive producer of the Southern-flavored GCB on ABC.