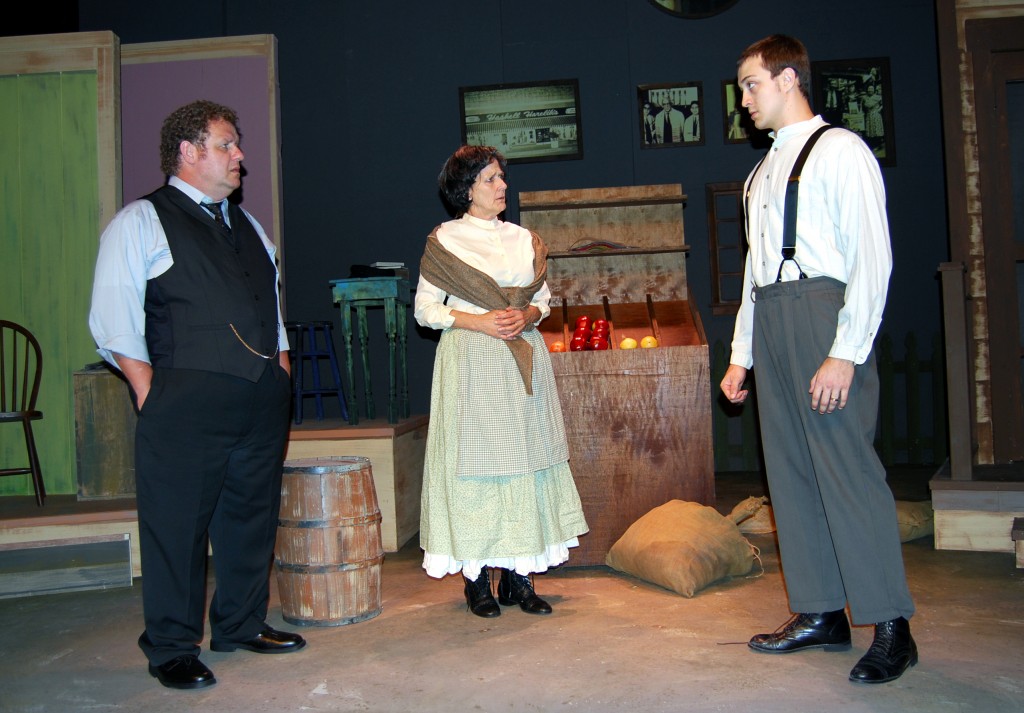 There are more stories about strangers in a strange land than one can count, and they go as far back as, well, the Bible, don’t they? The most memorable ones have a universal message at their core; they not only tell the fish-out-of-water story, but engage the audience in the journey.

And so is the case with Mark Harelik’s The Immigrant, a personal tale that the TV actor wrote in 1985 about his grandfather, Haskell, which was inspired by a photo album kept by his grandmother. Haskell Harelik was an immigrant who fled the pogroms in Russia in 1909 and found himself, by way of Galveston, Texas, in the small town of Hamilton, population 1,200. Early on in the play, as he writes a letter to his wife who remains in Russia, he wonders when the number on the town’s sign might be changed to include him. It’s a telling insight into the story of the Jewish immigrant who yearns for a place to belong, to be free and to live without fear.

But the road for Haskell Harelik is not without a few bumps, including a language barrier that widens the gap with the townsfolk, his difficulty in making ends meet, and, of course, likely prejudices that he encounters.

Broward Stage Door Theatre brings back The Immigrant after staging it four seasons ago. However, when it was at the Coral Springs theater in 2008, it was presented in its musical form. Both the play, which came first, and the musical have been widely produced since both made their debuts, but for its latest production Stage Door returns to the play’s roots, presenting it in its original dramatic form. It’s the right choice.

Andrew Wind plays Haskell with an engaging innocence that is endearing, which, along with Harelik’s biographical dialogue, helps to draw the audience immediately into his world. As the Russian-speaking Jew, Wind’s dialect is without flaw, making his portrayal all the more convincing. As he begins to lose the native language, he never falters from broken English, adding the necessary nuance to the character as he continues to emerge.

However, when we first meet Haskell, he speaks almost no English. He’s shuffling behind a rickety wheelbarrow that he has filled with bananas to sell to the residents of Hamilton. “A penny apiece” are his only words. He shows up thirsty and disheveled at the door of Milton and Ima Perry (Ken Clement and Janet Weakley). Ima, a devout Baptist, believes the couple must take him in. “It’s the Christian thing to do,” she tells her husband, but Milton discourages it. Eventually his wife gets her way and Haskell is soon the Perrys’ boarder. Yet, even Ima cannot hide her prejudice when she learns that Haskell is a Jew. Tensions also rise when Haskell reveals that he’s sent for his wife, Leah (Anne Chamberlain) to come stateside.

Mark Harelik’s script allows for some beautiful moments between the characters and director Hugh M. Murphy has obviously worked with his actors to bring out the best in these purposeful pairings. A porch scene between Haskell and Leah shows the newly married couple’s vulnerabilities in a New World with Wind and Chamberlain so connected that you almost feel intrusive as a witness to their personal exchange. A lovely scene that unravels and builds before your eyes between Ima and Leah in the kitchen of the Perry home is also carefully crafted. 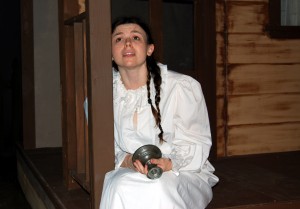 Chamberlain, who was so appealing in Slow Burn’s Into the Woods this year, is equally compelling as Leah. She also stays true to the dialect never wavering, delivering lines in Yiddish with natural ease.

While The Immigrant is written to be Haskell’s play, this production has the emotionally powerful Weakley to allow Ima to share focus. Her portrayal is filled with many singular moments, which arrive from a genuine investment of heart and soul with her fellow actors on stage as well as with the audience. The least connected character in the piece is Milton, who Harelik has written as mostly stereotype. Veteran actor Clement, who is always top notch, rises above the caricature, bringing his own genial style to the conservative Texas banker.

While there are weaknesses in Harelik’s script (a Sabbath dinner in Act II is overly long and brow-beatingly preachy), whatever your ancestral story, there’s much that will resonate in this pretty close to picture-perfect family memoir.

This entry was posted in Performances, Reviews and tagged Anne Chamberlain, Ken Clement, Mark Harelik, The Immigrant. Bookmark the permalink.