Florida Stage’s Kravis debut is “Low Down” and far away 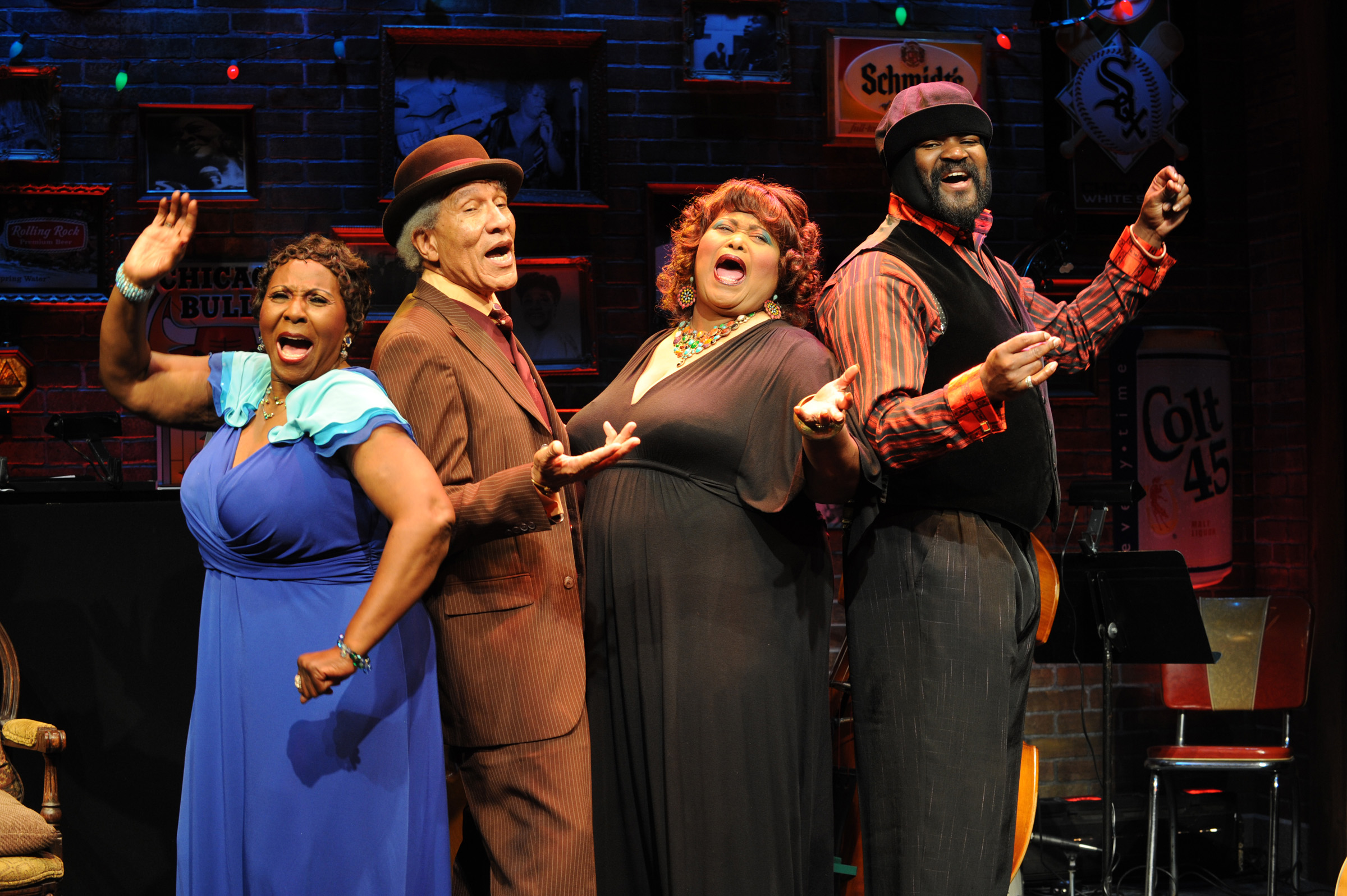 Perhaps the least explored phenomena in the alchemy of theater is the chemistry between the production and the logistics of the venue.

There can be no argument that Low Down Dirty Blues, Florida Stage’s first offering in its new space at the Kravis Center, is a polished revue featuring charming singers who bring skill and sass to a sex-drenched songbook.

But the impact is blunted and muted by the physical set-up inside the Kravis’ Rinker Playhouse. As a result, there wasn’t much feeling that anyone’s roof was being raised at Sunday evening’s performance ‘ although the lethargic crowd didn’t help.

Blues transferred lock, stock company and barrel organ from its premiere in late May at the Northlight Theatre outside Chicago. The set there was the bandstand of a blues club and a couple of ringside tables, all set against the back wall of the theater. This isn’t a problem in an intimate house like Florida Stage had in Manalapan.

But Florida Stage’s new configuration of the Rinker is a three-quarters thrust stage, meaning the playing area projects deep into the auditorium and is surrounded on three sides by stadium seats. With the performers mostly tethered to the bandstand, that means that most seats were, ironically, further away from the action.

It likely seemed even further than it was for regular patrons who came to expect the in-your-face proximity to the actors from past Florida Stage shows. The director even restaged one number so that a performer bantered with audience members seated at a handful of tables located between the ticket-buyers in the risers and the actual set.

But the result was a feeling of distance, a once-removed sense that undercut the vitality essential to this show.

This likely will not happen again. Most future productions will use that thrust playing area, once again bringing the action back in the laps of many of the spectators.

That problem aside, Low Down Dirty Blues is a glorious celebration of the music of Muddy Waters, Ma Rainey, Sophie Tucker, Howlin’ Wolf and Pearl Bailey thanks to the supple, assured voices of Mississippi Charles Bevel, Felicia P. Fields, Gregory Porter and Sandra Reaves-Phillips. They are ably backed by a tight ad hoc trio of locals: Will Barrow on honky-tonk piano, Mark Hamilton on guitar and Rupert Ziawinski slapping both the upright and electric bass.

The entire operation is a reunion for folks connected with the 1999 Tony-nominated It Ain’t Nothin’ But the Blues. Both shows were created by Randal Myler and Dan Wheetman, with Myler directing and Wheetman acting as musical director. The performers appeared in its Broadway iteration or played in it elsewhere.

Publicity materials say Low Down‘s premise is that blues performers are jamming after closing time at a Chicago club. If not for a line in the program, you’d never know that. Based on the costumes, the show is seemingly set in that Broadway-invented Never Neverland, Ain’t Misbehavin’ period that could be the ’20s, could be the ’30s, could be the ’40s. But the performers also reference blues clubs selling T-shirts, a customer requesting Jimmy Buffett’s Margaritaville and a few of these tunes come from the 1960s.

So what? This quartet expertly rolls, grinds, shouts, croons and strolls through 23 deathless standards in 85 minutes.

Among the highlights: Fields (a Tony nominee as Sofia in The Color Purple) rips open your heart with Good Morning Heartache and I’d Rather Go Blind (which was written during the period but not recorded until Etta James laid it down around 1967-9.)

Broad-shouldered Porter wraps his joyful baritone buzzsaw around Born Under a Bad Sign and Sam Cooke’s (A) Change is Gonna Come. Bevel, a slender older gentleman, has the slimmest voice, but he caresses the moving Grapes of Wrath while accompanying himself on acoustic guitar.

Reaves-Phillips, the mistress of ceremonies, has a gravelly growl that mines every double entendre out of every number, but she’s best in the plaintive Lord I Tried. By the time, the group joins in for a curtain-closing Every Day I Have the Blues (maybe the most covered song in the playlist), even reticent audience members are clapping in time.

A lyric early in the set sets the raunchy tone for the evening,’If I can’t sell it, I’m gonna keep sitting on it before I give it away.” Despite the distancing setup, these performers have little trouble selling anything.