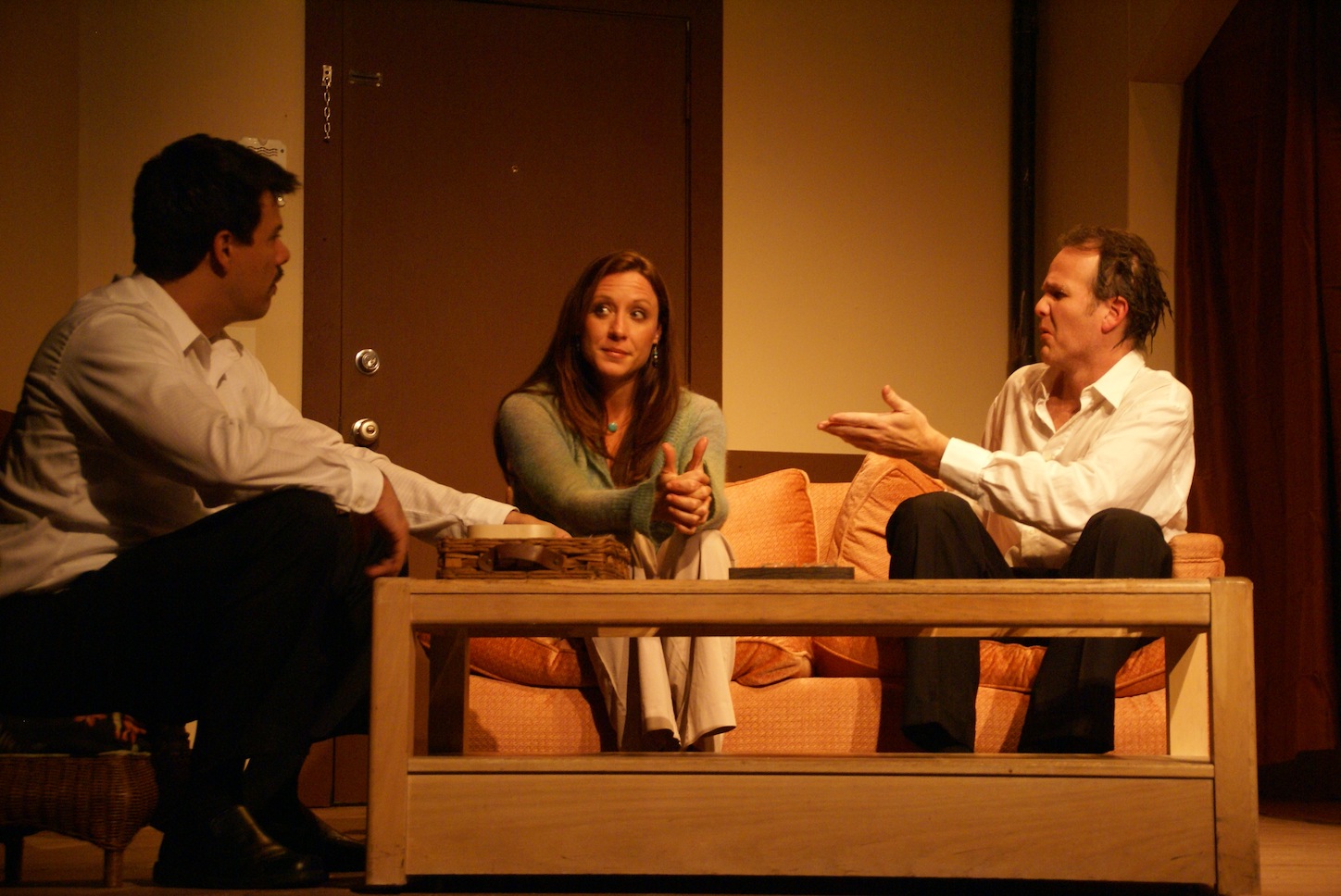 Jack Goes Boating is having a moment in South Florida.

The movie version of the off-Broadway hit by Bob Glaudini is currently playing in South Florida theaters, starring Oscar winner Philip Seymour Hoffman, who created the role of Jack.’ And the stage play opened this weekend at New Theatre in Coral Gables for its southeastern premiere.

Jack Goes Boating is a romantic comedy that follows a quartet of New Yorkers through the travails of friendship, love and relationships. The titular Jack (Clint Hooper) is an ungainly sad sack limo driver with an affinity for reggae.’ Jack’s best friend Clyde (Christopher Vicchiollo) and his live-in partner Lucy (Beatriz Montanez) arrange a fix-up between Jack and Connie (Aubrey Shavonn), a woman Lucy works with at a mortuary.’ The play hinges on the same questions as any romance: Will Jack and Connie like each other?’ Will they be able to put aside their relationship baggage and make a connection?’ Will they live happily ever after?

There aren’t many big moments in Jack Goes Boating, because these are the kinds of characters that have little moments.’ They spend their time working and sitting on Clyde and Lucy’s sofa smoking pot and getting stoned.’ They talk endlessly, mainly rehashing the past.’ They don’t discuss big dreams, and they don’t make big plans.’ Their desires are modest: finding someone to love and keeping that love alive.

How much you like or dislike Jack Goes Boating will depend on how much you can relate to characters who lack ambition and are content to spend their time getting high rather than actually doing something with their lives.
The first act takes a while to get going, because there is a limited amount of laughs and insights gleaned from watching people get stoned.’ In the second act, both the play and the actors are on more solid ground, and the plot builds to a climactic dinner party from hell.

The cast does a terrific job with the material and with illuminating the working class characters that populate Jack Goes Boating. Hooper’s Jack is tall and rail thin, bearing no physical commonality to Hoffman, the play’s original off-Broadway Jack, but he embodies the shyness and tentativeness of the character.

Montanez’s portrayal of Lucy is spot on; the way she handles the moment when she discovers Clyde has told Jack of her past infidelity is priceless.’ Shavonn brings Connie’s many insecurities to life.

Vicchiollo steals the show as Clyde.’ Vicchiollo transforms himself into the stoned, jealous limo driver with a Zen-like approach to swimming.’ His performance is polished and the moments in which he perches shirtless on the edge of the stage, instructing an unseen Jack in the art of the perfect swim stroke, illustrating the right and wrong way of executing each movement, are some the production’s best scenes.

The design elements in New Theatre’s production are a bore and don’t do the actors justice. Jesus Casimiro’s scenic design is uninspired and lacks proportion.’ Thomas Aratanha Fonseca’s lighting is particularly harsh and unflattering, so much so that at times, the characters look jaundiced.

Jack Goes Boating offers a glimpse into the lives of everyday people not often seen on stage.’ They don’t lead fabulous lives, have fabulous jobs or live in fabulous apartments.’ But when it comes to love and life, sometimes, they have something fabulous to say.