Posted on December 1, 2011 by Bill Hirschman 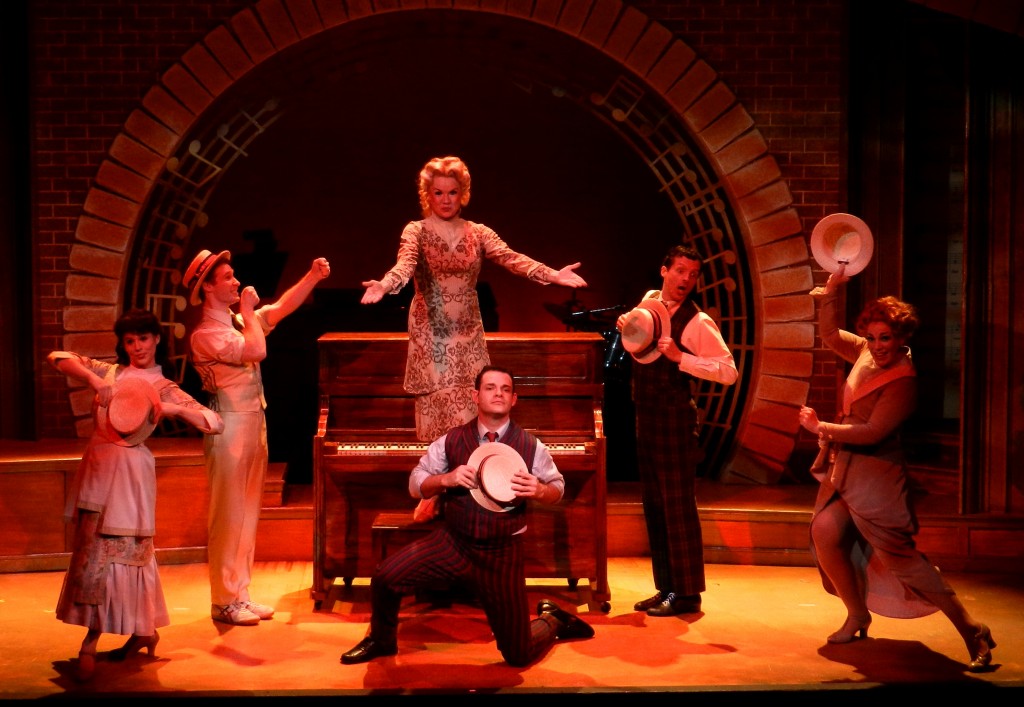 With such irresistible raw material as the Irving Berlin songbook, Broward Stage Door’s production of I Love a Piano can’t help but be mildly entertaining and this edition finally emits infectious joy during the last 15 minutes.

But for frequent theatergoers who have seen songbook after songbook, year after year, decade after decade, the doctor diagnoses a new malady: revue fatigue.

Other than finding a new way of presenting a procession of songs, such as 2010’s biographical revue, Sondheim on Sondheim, this paradigm just seems creakier by the year. The performers and directors have to work harder and harder to make this manipulative mechanism fresh and engaging.

It seems oxymoronic to complain that these constructs seem fake – all theater is artifice. But most revues insult your intelligence and taste with the flimsiest of a lazy premise. This time we follow a battered upright piano through a succession of owners from the start of Berlin’s career in 1910 until the late 1950s. In each milieu — a song publisher’s office, a speakeasy, a stage door canteen – a group of people are invariably drawn to the keyboard to croon a succession of Berlin tunes.

Even Mamma Mia and Rock of Ages’ writers attempted a plot. Jukebox musicals (the post-millennial incarnation of the revue format) usually have a fresh twist like Twyla Tharp’s dance piece Movin’ Out performed to the William Martin Joel oeuvre or have a real narrative like the collected works of Francis Castelluccioa and Les Quatres Saisons in Jersey Boys.

The moldy formula here, as in so many other less inspired revues, is to hire singer/dancers, assign them a composer’s greatest hits, weave in the lamest of connective tissue and hope you find as good a musical director as Stage Door has in David Nagy. Intersperse jaunty standards with heartfelt ballads and dust them off with new arrangements. Hire an experienced director/choreographer as Stage Door has with Jonathan Van Dyke. Play for 90 minutes, usually with an intermission. Accept the applause from audiences whose pleasure is partly due to the private recollections summoned by each warhorse number.

This revue was conceived by Michael Berkeley and Ray Roderick, who created shows featured at Florida Stage including Heaven Help Us! (The Rat Pack Musical). The songs tick off a lengthy list of Berlin essentials such as “Alexander’s Ragtime Band” and “Blue Skies.” It often segues one hit into another such as the first act finale, which flows from “White Christmas” to “God Bless America.”

But they wisely pull some numbers from Berlin’s trunk of 1,500 works that younger listeners might not have heard before. That helps the audience better appreciate the freshness of his melodies and the inventiveness of his lyrics. 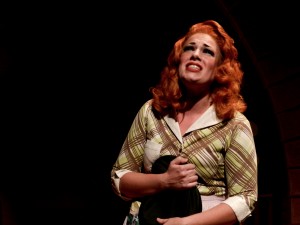 For instance, there’s the bluesy torch song “Suppertime,” which sounds like a wife’s lament that her lover has deserted her. Berkeley and Roderick put it in the mouth of a wife during World War II who has just learned her husband has been killed. But here’s a surprise: A little Googling showed the 1933 song was introduced by Ethel Waters as a wife mourning the loss of her husband who has been lynched! Knowing that, it’s hard to know whether to applaud the revue creators’ inventiveness or condemn their insensitivity.

Stage Door assembled a cast of competent singers, all of whom are graduates of Revue Overacting 101: rolling their eyes, twisting their mouths into tragic frowns and delirious grins, etc. etc. But it’s not a major distraction; they weren’t hired to perform Medea the Musical.

The cheerful and earnest corps includes Robert Arthur, Samantha Bryce, Erin Edelle, Will Hutchenson (a professional who ignored his dead microphone and kept belting), Bethany Wagner and especially Michael Karraker who has a warm baritone and a dynamic dancing style that had him bouncing off steps like a parkour enthusiast.

Van Dyke knows how to move these pieces along and choreograph vignettes with a bit of humor.  He makes the most of cute tap break for “Putting on the Ritz” blessed with performers far more nimble than Peter Boyle and Gene Wilder.

Praise is due Nagy who skillfully melded the voices of the ensemble and leads a live three-piece pit band (no taped tracks this time) who may be the most talented performers on the stage.

But there wasn’t much electricity generated until the last section of the show, which posited a small town theater audition for a Berlin musical. Suddenly the cast found a convincing vivaciousness missing from much of the show, such as the three women dueling in “Anything You Can Do.” Perhaps the most satisfying numbers in the whole show were the two counterpoint duets, Arthur and Edell doing “You’re Just In Love” and Karraker and Wagner doing “An Old Fashioned Wedding” – which were melded in the end as a counterpoint song counterpointing a second counterpoint song.

Then the entire cast slipped smoothly into the guaranteed crowd-pleasing “There’s No Business Like Show Business” and ended with a strong rendition of the show’s title tune.  You had to wonder where everyone was earlier in the show.

This entry was posted in Performances, Reviews and tagged I Love A Piano, Irving Berlin, Jonathan Van Dyke. Bookmark the permalink.