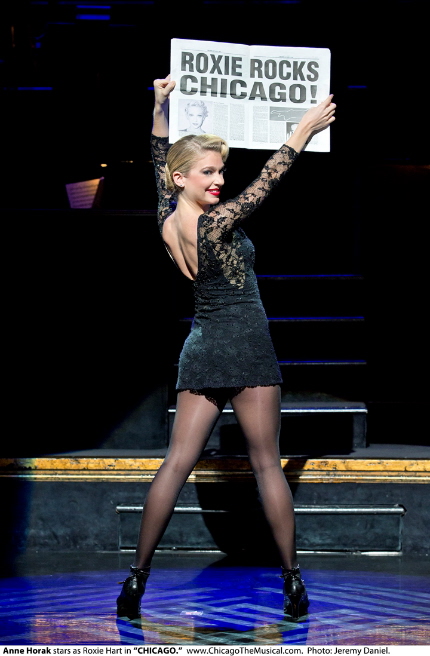 The productions of some musicals are like beloved Original Cast Recordings that you don’t play too often for fear they might get stale. When you do revisit them, pungent memories swell and you say, “Oh, right, that’s why I liked it.”

Such is the current national tour of Chicago visiting the Broward Center to kick off the Broadway Across Fort Lauderdale series.

As reliable as a recording, this 17-year-old revival on what is likely its eleventh national tour remains as entertaining as ever thanks to the knife-sharp crispness in execution by a cast that never coasts. Whether you really need to see it for a third or sixth time is debatable, but you won’t be disappointed.

In addition to all its fabled virtues – the Kander & Ebb score, the underrated book, the Bob Fosse vision significantly reimagined by director Walter Bobbie, Ann Reinking’s choreographic homage to the Fosse style – the key to any specific production’s success is its cast (and a whip-cracking production stage manager).

This crew on the second week of an 11-city tour is almost all veterans of New York and touring productions of Chicago, and their comfort with material shows as they drop back into what is essentially a very well-constructed and well-maintained machine.

Hear Terra C. MacLeod as the jaded Velma Kelly put a sizzling sibilance into the z’s when she sings the opening “All That Jazz.” Hear Carol Woods deliver “When You’re Good to Mama” with the kind of topspin that a Marlins pitcher would envy. Vicariously enjoy Anne Horak’s ebullient daydreams of vaudeville stardom in “Roxie.” 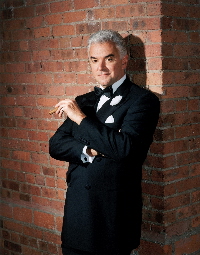 And last but not least, headliner John O’Hurley slips on Billy Flynn’s elan as comfortably as he does the lawyer’s tuxedo. O’Hurley, known for everything from Seinfeld to Dancing With The Stars, has done the role more than 1,000 times, he says. As a result, a vermouth-smooth grace imbues his every movement and that famous deep baritone that puts across his songs with the gusto of an Irish tenor.

O’Hurley’s performance underscores another facet of Chicago: Yes, there are Swiss watches less reliable than this raw material. Yes, it screams craftsmanship and polish more than art. But within that rigid framework, actors can bring their own valid spin to the roles. O’Hurley is far less venal and corrupt than some predecessors, perhaps more paternal. Horak is less waifishly lovable than some other Roxies, but undeniably engaging.  But all of the characters (other than Todd Buonopane’s woebegone cuckold) savor that the irony of a hypocritical world that says one thing and does another. Yet, the audience still isn’t alienated by these murderers and cheats because this crew simply is accepting the rules in a world where survival, let alone success, requires pragmatism.

The show and the production are so good that it’s difficult to remember that the show not only involves a lot of work but it’s not fool-proof; anyone remember the tour that visited Miami with Sofia Vergara?

As always, the ensemble are breathtakingly hard-bodied singer-dancers who exude pure lust. They effortlessly contort their bodies into the endlessly inventive choreography that Reinking created in the style of Fosse’s kinetic vocabulary of angular, hip-snapping impudence. The muscle-tearing extensions, the kicks seemingly above the heads will make your body ache the next day just remembering their sleek, slinky and sinuous moves.

A nod is due the band – a three-piece combo for the road augmented with 11 local musicians who sound like they’ve been playing this razzamtazz for years.

It is a little hard to see Chicago with fresh eyes, though, because of its past viewings, not to mention the ubiquitous Academy Award-winning film which frankly was a triumph of editing and direction more than anything else.

But it may also be because perception depends on the era when it’s being performed. When the original production bowed in post-Watergate 1975, it received a respectful but decidedly mixed reaction to something intentionally created to be unlikeable. Folks did not want to see themselves or their world in it, no matter how accurate a photograph. It lost every Tony Award to A Chorus Line.

But something happened when it was staged as a concert in a post-OJ. Simpson 1996: The country’s sensibility had caught up with the musical’s celebration of cynicism. The Bobbie-Reinking revival became the third-longest running Broadway musical in history and is still running today in New York

And now, in a post-Madoff 2013, something stranger has happened: The cheerful cup of cyanide seems a just a trifle flat. The raw material remains unapologetically irreverent as ever. It’s we who have changed. A thoroughly corrupted system and the primacy of self-interest is old news. There’s almost the sense of self-congratulation on the part of the audience that it no longer can be fooled.