Zoetic & McKeever’s Moscow Is Rich Comedy With a Heavy Load 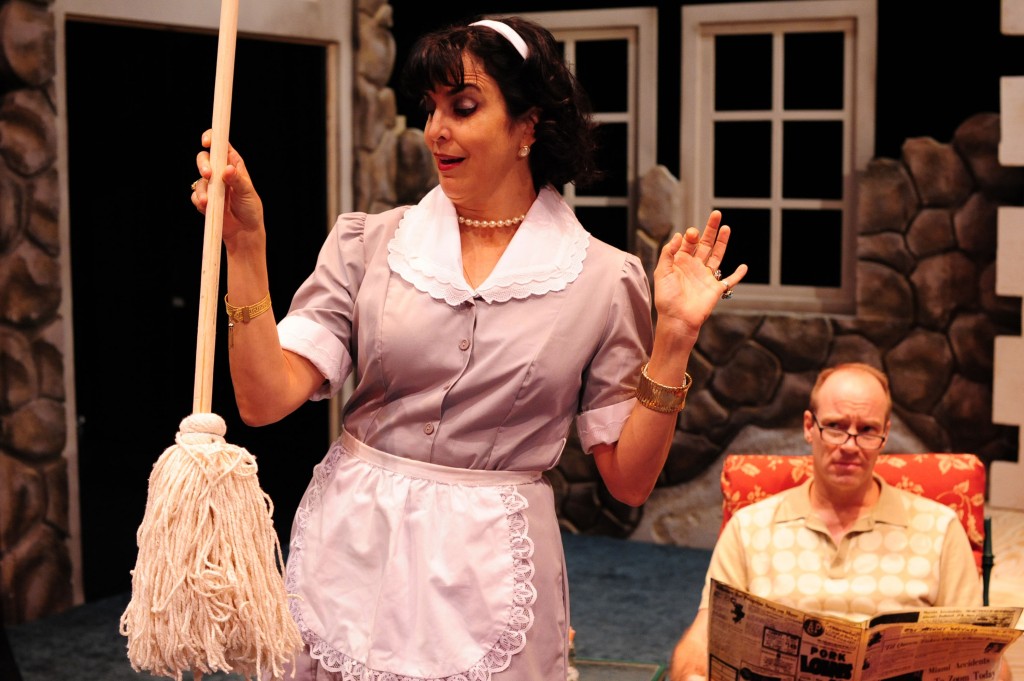 It’s a lot of info to pack into two hours and fifteen minutes, yet McKeever is able to keep his characters interesting enough that you buy in to the neurosis, paranoia and plain old sarcasm they deliver in this slice-of-life look into their daily lives.

Lorelei Montefiore Porter, played with just the right amount of acerbic edge by Irene Adjan, is the modern matriarch of the home. Pregnant with her fourth child, that doesn’t stop her from drinking umpteen Manhattans and Bloody Mary’s, sunning and chain smoking. “That baby is going to come out pickled,” remarks her live-in maid, Olivia (Lela Elam), who we’re told is like family to the Montefiores since she’s practically grown up with Lorelei and her sister, Lucy.

Lucy Montefiore (Margery Lowe), a singleton who jumps from one artistic endeavor to another, yet never really finds her place, is rehearsing for her latest venture, a role in a professional theater company’s production of Anton Chekhov’s The Three Sisters (it’s no coincidence that its Sisters, since there are some thin parallels to it throughout McKeever’s play).

“It’s a classic,” she tells Lorelei. Yet Lorelei is pooh-poohing what she believes will be another failed attempt by her sister to become something meaningful in society. “My Fair Lady is a classic,” Lorelei snaps. When referencing Samuel Beckett’s Waiting for Godot, Lorelei describes it as “that play about two bums under a tree.” On opening night, it was the most memorable line for this theater crowd, and one of the gems (there are more than a few) in McKeever’s script, for sure.

Both Adjan and Lowe relish the chance to not only use McKeever’s words to entertain, but to convey a deep-seeded sibling rivalry that continues to unravel as the play careens down the track. It’s when McKeever adds layer upon layer to his story that it becomes cumbersome. The introduction of Lorelei’s husband, played by Tom Wahl, while necessary, takes the play into a spiral of Soviet angst and overdrawn political commentary. And while crucial to the family’s relationship, at times, it gets a bit too bulky.

The stand-out comedy character of Inez that McKeever created straddles this fine line. The Cuban refugee is the new maid the family hires when Olivia announces she’s leaving her housekeeping job. Trouble is, Inez has never done a day’s housework in her life, and has no grasp of the English language.

McKeever packs Inez’s toolbox with one-liners, physicality and dry wit. As Inez, Elena Maria Garcia steals the show with a scene in Act I where a metal janitor’s bucket becomes her worst enemy. Garcia performs some fantastic physical comedy while cursing her fate in Spanish, and it’s one of those great moments in theater when you watch an actress create a character that’s never been played before. In Act II, though, the poignant stories of her Cuban past could resonate more if they weren’t littered with so many heard-before clichés.

Luis Restrepo as Hector, a Cuban refugee who Inez helps, is introduced late in the play. Since his dual purpose is to reveal a secret about Inez’s present and to make Lucy realize the flaws of her past, the character is only in place to support their stories, therefore he’s never fully fleshed out.

Lela Elam has the acting chops to pull off Olivia, who has been given many of the dramatic scenes in the play. Yet, she too, has to carry the weight of an entire culture – in this case the inhabitants of Overtown – on her shoulders.

Director Stuart Meltzer keeps all this action, which is confined to one space throughout, moving swiftly along. His actors have a clear path to follow despite them having so many balls in the air at one time, so to speak. The only lag time is in some particularly lengthy scene shifts where it seems like the audience is kept in the dark longer than usual.

Moscow’s world premiere by Zoetic Stage in the Adrienne Arsht Center’s intimate Carnival Studio Theater is rich in so many ways with deep characters, dialogue that is quick and witty, and, for this production, a cast that couldn’t give more of its all. The only downside is that the mule in this Moscow is saddled with way too many burdens.