A carp about those overlooked for Carbonells 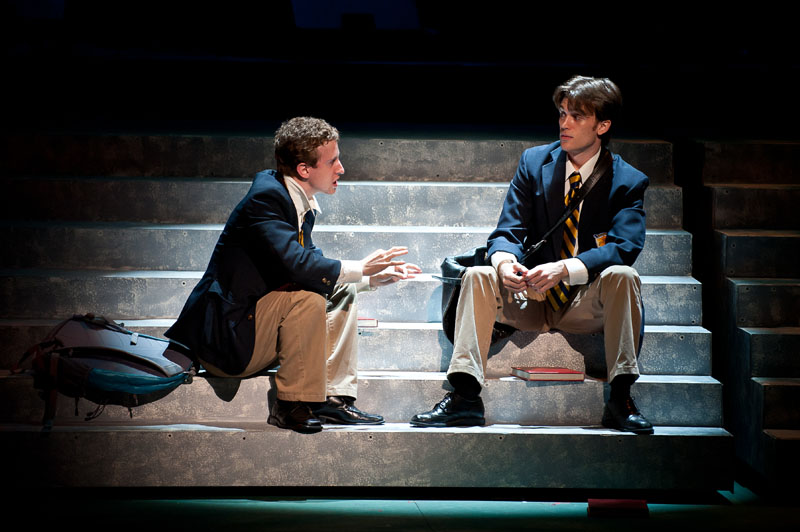 The new musical "Academy" was passed over for a Carbonell nomination in the Best New Work category.

The saying goes that simply to be nominated for an award among a field of esteemed colleagues is honor enough and those of us who judge these things know how true that statement is. The final selection of a winner from that field, whether it be for the Oscar or the Nobel Peace Prize, is as flawed a process as mankind is capable of.

But one of the joys is second-guessing who got robbed ‘ people who truly deserved at least a nomination if not necessarily the win; so it is with the Carbonell Awards. I have nothing but respect for the judging panel, but when you have a ‘co-creative’ process as theater people love to say, something inevitably gets lost.

Full disclosure: I was a Carbonell judge and administrator for several years; in recent years I have been a ‘recommender’ who sees the shows and passes on which ones should be seen by the judges, and I’m back to being a judge again this year.

So here are my ‘they wuz robbed’ nominees.

Academy, the world premiere musical at the Maltz Jupiter Theatre about adolescent angst in a prep school, may have been flawed, but it was every bit as good as the other deserving nominees in the Best New Work category. What was especially strange was that the judges only put four shows in contention rather than five. Joshua Rhodes also should have gotten a nom for the choreography and Michael Schweikardt for the sets.

The Best Play category contains some superb productions, but I could have bumped two of the fine nominees to make room for Palm Beach Dramaworks’ superior Three Tall Women directed by another crime victim here, J. Barry Lewis. He actually made the enigmatic Edward Albee play nearly comprehensible.

I would have had to add a sixth slot for Best Actress because I would not have ousted any of the nominees, but I’d want to make room for Angie Radosh’s stunning solo turn as the grieving Joan Didion in The Year of Magical Thinking.

Dramaworks’ resident scenic designer Michael Amico earned a nod for the seedy pawn shop in American Buffalo, but that was mostly for the impressive accumulation of disparate flotsam and jetsam of people’s lives. Most good designers could have done it. Far better was his minutely observed and painfully recognizable senior citizen home deteriorating before our eyes in The Gin Game.

The judges were wise to recognize Deborah Sherman’s vengeful lesbian in Naked Stage’s No Exit, but the show itself should have been nominated for Best Play. The cast including Katherine Amadeo under the direction of Antonio Amadeo and John Manzelli masterfully made a hypnotic descent into hell out of what could have been a deadly dull English lit class lesson.

The freshman status of Zoetic Stage made Michael McKeever’s South Beach Babylon ineligible under the Carbonell rules. Too bad, because his script belonged in Best New Work and Elena Maria Garcia would have ratcheted up the competition for Best Supporting Actress.