Posted on December 2, 2010 by Bill Hirschman 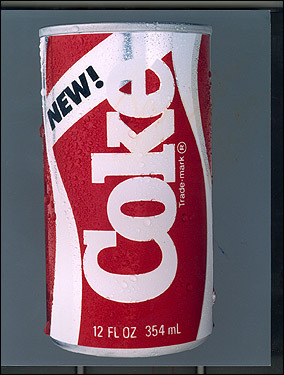 Three big openings this week: the world premiere of Michael McKeever’s South Beach Babylon (and the first full production by Zoetic Theatre); the Maltz Jupiter Theatre’s original musical Academy, and New Theatre’s Fizz, the story of the development of the New Coke.

South Beach Babylon holds a preview Thursday and formally opens Friday for a two-week run at the Arsht’s black box theater. The premiere is described as a ‘wickedly funny and sexy play’ with nudity and adult themes about the collision of artistic integrity and commercialism. The story follows several artists as the juggernaut of Art Basel approaches. It runs through Dec. 12. See the full story elsewhere on the website.

The New Theatre in Coral Gables (which has nicknamed itself ‘The New’) opens the southeastern premiere of Fizz on Saturday, in what sounds like an offbeat comedy about cultural identity and consumerism by Rogelio Martinez.

The New’s website describes the play as: ‘Gun-toting Southern belles, cocaine-loving Rockettes and insane soda execs all take part in this based-on-a-true-story comedy about one of history’s biggest flops – the creation of New Coke. At the same time it examines the meteoric rise of Roberto Goizueta, as the first Cuban American to head a major American company.’

The show runs through Dec. 19. There will be no evening performance December 18 but there will be a 1 p.m. performance plus added shows at 5:30 p.m. on Sundays, Dec. 12 and 19. You can meet the playwright at performances during the opening weekend.

Andrew Kato, artistic director of the Maltz Jupiter Theatre, has been developing Academy for 10 years along with composer/lyricist/librettist John Mercurio. It gets its first full staging Dec. 7 to 19 at the Maltz, directed by Kato.

The pop chamber musical is set in the insular world of a prestigious all-male prep school in the northeast. Two seniors intrigued by the Faust legend bet whether they can tempt a freshman to break school rules to succeed. But when the transaction veers out of control, the boys fight for their own academic and personal survival.

The themes encompass growing up, taking responsibility, father-son relationships, betrayal and honor in a world where venerable tradition and modern pragmatism collide.

Broward Stage Door in Coral Springs has replaced the musical Snoopy with A Taffeta Wedding. It starts previews Friday, opens a week later, and plays through Jan. 16. The jukebox musical is the second spinoff from the creator of The Taffetas, an entertaining revue ostensibly offered by four former high school friends (and now their boyfriends) who perform ’50s and ’60s pop tunes.

Two other shows opening this week:

Hate Mail at the Boca Raton Theatre Guild, which performs at the Willow Theatre at Sugar Sand Park. The show is two actors reading letters between Preston, a spoiled rich kid who meets his match in Dahlia, an angst-filled artist. Their worlds collide when Preston sends a complaint letter that gets Dahlia fired from her job. Runs through Dec. 12.

Annie at the J Cultural Arts Theatre at Michael Ann Russell JCC in North Miami Beach through Dec. 19. It’s that musical about a weird looking orphan with no eyes, but a scruffy dog.

Closing this weekend: the don’t miss Collected Stories at Mosaic Theatre in Plantation, On the Town at Broward Stage Door in Coral Springs and Steel Magnolias at Lake Worth Playhouse. Ending a week later: Vices at Caldwell Theatre in Boca Raton.