Fast Track to the West Side

Posted on September 5, 2010 by Bill Hirschman 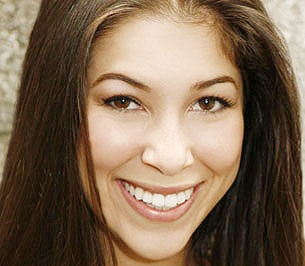 In April, Sarah Amengual was swinging on a rope around the set of the University of Miami’s production of Rent and singing the lead role of Mimi. In May, she graduated with a BFA in acting.

On Sept. 21, she takes over the lead role of Maria in the Broadway revival of the classic musical West Side Story.

She steps in Sept. 19 for the departing Josefina Scaglione who scored a triumph in the role of the heroine.

Amengual has been involved in Florida theater for much of her short life. She was one of the tykes in Meet Me In St. Louis at the Royal Palm Dinner theater in 1997, the doomed teenager Mary Phagan in Parade at Broward Stage Door in 2003, the tap-dancing bad seed Tina in Ruthless! at Hollywood Playhouse in 2002 and in the ensemble of Actors’ Playhouse’s Les Miserables in 2009.