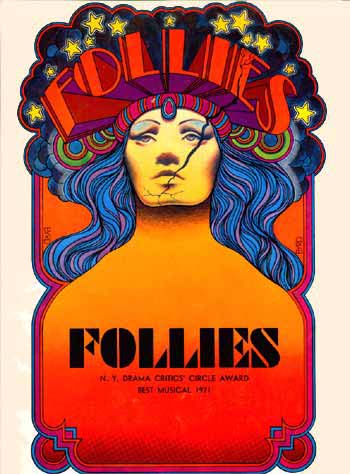 Casting is complete for Caldwell Theatre Company’s concert version of Follies slated for Oct. 1-3, the latest entry in its Broadway Concert Series.

Laura Hodos, Wayne LeGette, Melissa Minyard and Stephen G. Anthony will play two married couples in late middle-age who anxiously attend a reunion of performers who appeared in a series of Ziegfeld-like revues. They are forced to examine lost opportunities and the result of compromises in their choices.

The 1971 Stephen Sondheim musical features a lush score that mimics the musical styles of the period between the World Wars. Others in the cast are Meghan Colleen Moroney Jeanne Bennett , Lourelene Snedeker, Nicole Niefeld, Kevin Healey, Colleen Amaya Melanie Leibner and Joey Zangardi.

Caldwell has had critical and popular successes in the past two years with its earlier staged concerts of Sondheim’s Sunday in the Park with George and Into the Woods. All three of these shows are rarely produced locally due to the expense of having to field large casts.