Miamian Westfall to have play published in anthology 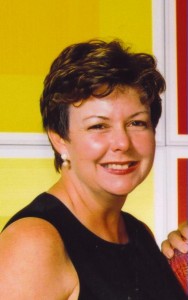 Theater may be an ephemeral art form, but playwrights have a slightly better shot at immortality if they can get their work published.

Susan ‘Susi’ Westfall , one of the founders of City Theatre and its Summer Shorts program, will have her short play Look At Me printed in the 2011 edition of the Ten-Minute Plays anthology.

The work premiered last June at the 15th annual Summer Shorts Festival held at the Arsht Center, her eighth work to debut at the festival. The piece was an off-beat piece about a troubled veteran whose wife is trying in vain to get him to make love to her.

Westfall is City Theatre’s volunteer literary director, following nine years as producing artistic director with Stephanie Norman. The native Miamian has also taught playwriting at the New World School of the Arts, worked in arts administration at the Folger Theatre and the Coconut Grove Playhouse, and was among the co-founders of the Theatre League of South Florida.