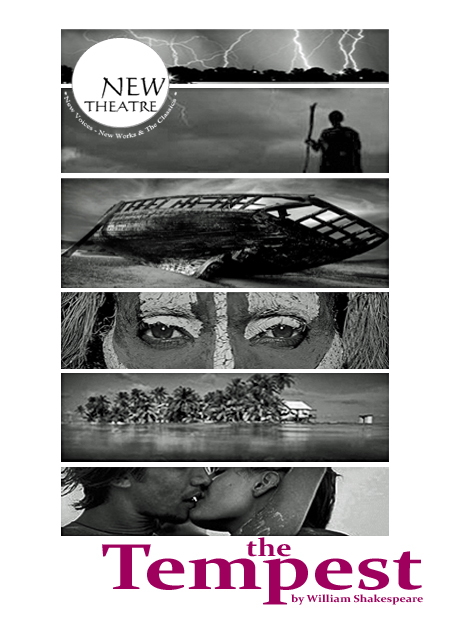 Shakespeare’s valedictory The Tempest is frequently set in a lush magical Eden featuring flying fairies, a monstrous creature, a category 5 hurricane, an onstage shipwreck and enough special effects to break the budget of most theater companies.

Director John Manzelli has a different vision for the production he’s opening this weekend at New Theatre in Coral Gables. This one is set on a Polynesian island during the Edwardian period before World War I when Britain was still the most influential superpower in the world.

The plot, as you recall, is that Duke Prospero is overthrown by his brother and stranded on a desert island. His only company is a volume about magic, a wizardly staff, his comely daughter Miranda, a magical sprite servant Ariel, a half-human ogre Caliban who tries to kill them all and a legion of woodland fairies. But when his brother sails nearby, Prospero whips up a storm, forcing the brother and his retinue to the island.

In the context that Manzelli is using, The Tempest becomes an allegory about the dangers of colonialism plus the clash of civilization and nature as imperialist powers try to work their will on indigenous peoples with their own native magic.

The colonialism approach to this play is not new yet Manzelli has been prepping his adaptation for a long time.

‘So much scholarship on the play will say absolutely that at least subliminally, the play is a critique of colonization and New World discovery. The script lends itself extremely well to this (interpretation).’ He refers to one speech in which a character says he could bring Caliban to London and not cause a stir among the sophisticated populace, precisely as explorers of the New World would do decades later.

As far as the supernatural goings-on, Manzelli has woven it in as part of the magic and spiritualism inherent in the religion of the indigenous people of the island. Click here for an in-depth analysis of the approach.

Manzelli, the co-founder of Naked Stage and a Barry University educator, has proven himself a talented actor and director. Here he has some promising actors in the cast: Stephen Neal as Prospero, plus veterans Hugh Murphy, Kevin Reilley, Robert Strain and Avi Hoffman.