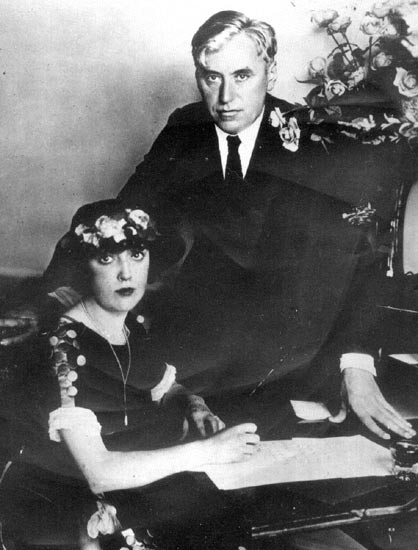 Mack and Mabel has achieved legendary status despite the fact that few people have seen the Jerry Herman musical. The 1974 Broadway version folded after 66 performances. But thanks to the original cast album, cultists rave over what may be Herman’s finest score including the haunting I Won’t Send Roses.

Now you get your chance to decide for yourself. Broward Stage Door opens a four-week run beginning Friday night in Coral Springs.

The bittersweet show tells of the December-May romance between silent film director Mack Sennett (creator of the Keystone Kops) and actress Mabel Normand. Between scenes of slapstick and pie-throwing, bookwriter Michael Stewart created a tale of star-crossed lovers kept apart by fame, ambition and personality.

The book has often been blamed for the show stumbling and there have been several attempts over the decades to fix it in regional theater revivals here and in England, apparently none very successfully.

But partisans suggest that the problem is that fans expect to see the frothy Hello Dolly and Mame rather than a story about a hero who is incapable of saying he loves the heroine, and a heroine who is ruined by a scandal and dies before the final curtain ‘ at least in its initial incarnation.

Stage Door is known for its hit-and-miss track record, but its hits have been pretty spectacular lately, notably A Little Night Music and The Drowsy Chaperone.